WARNING: Prague is Going to be Very, Very Busy This Friday

The house where Jan Palach grew up in Všetaty officially opens today as a memorial featuring a multimedia exposition. The opening ceremony was attended by the minister of culture and Cardinal Dominik Duka.

The house was purchased in 2014 and was in poor condition due to it being uninhabited for many years. An architectural competition was held to find a plan to renovate the building, and a design was chosen in May 2016.

The National Museum got a building permit in early 2018 but had difficulty finding a contractor for the amount of money offered. One was finally chosen and work began in August 2018.

The house will contain objects from Palach’s life as well as displays to put the events of 1968 and ’69 into context. Among the items is Palach’s briefcase, which was found on the spot where he set himself on fire, and a letter found within it.

Jan Palach had seen the hope of Dubcek’s promise of a better life and it must have been hard when this hope was crushed. He and others like him were sure to protest but about what? In the case of Jan Palach, it was not to protest the Soviet invasion, it was to protest the effect on the Czech population that had become despondent and demoralized to the point where “acceptance of the new order” and “apathy” in respect to the choice of not protesting were widespread.

Jan Palach then decides to do something which eventually will turn him into a national icon. Having walked to the top of Wenceslas Square and standing directly in front of the National Museum, he poured petrol over his clothes and set himself on fire.

After being taken to hospital he was looked after by Dr. Jaroslava Moserova (she ran for the post of Czech President in 2005) and she listened to his reasoning until Jan Palach died on January 19th, 1969. 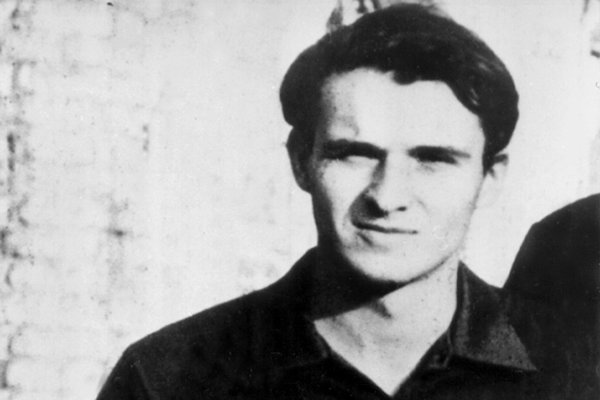