Meteorologists have warned of heavy snowfall on Wednesday and the days to follow.

The Czech Hydrometeorological Institute has announced a warning for heavy snowfalls. They will occur in most areas of the country on Wednesday, January 18.

Up to 5 centimeters of snow are expected to fall in the lower altitudes around the country, and up to 15 centimeters in the north-east in the Jeseníky and Beskydy mountains.

The snow may cause complications for transport and energy and may also break tree branches.

Drivers are advised to refrain from driving at night, if possible, and to take into account heavy weather conditions when driving.

Find further information about the current warning in the Czech Republic from CHMI. 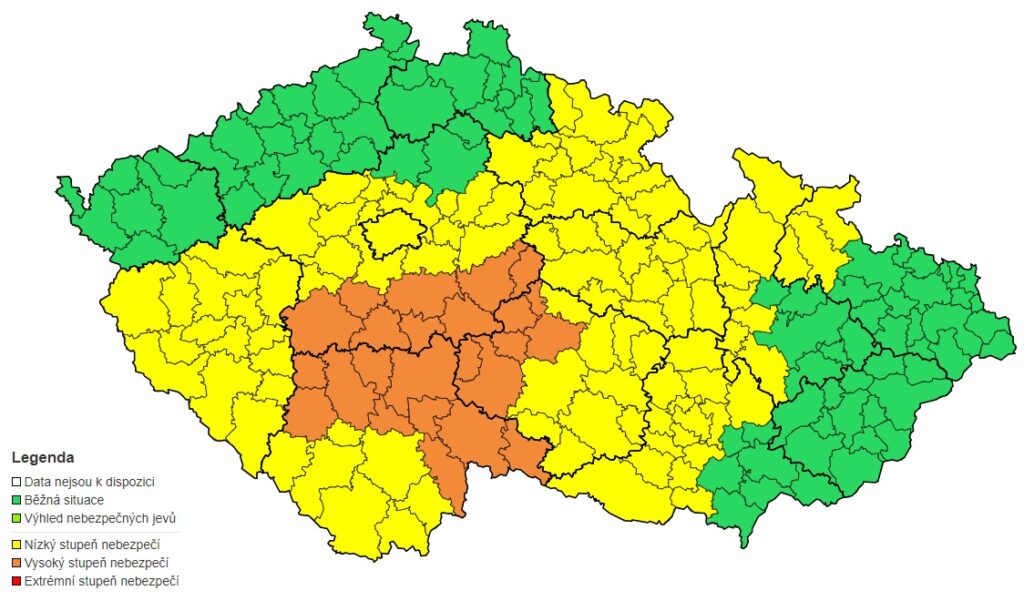