The Czech Republic has placed 17th on the Economic Freedom of the World Index published by the Fraser Institute on Sunday.

The index compares data from 165 countries, assessing a number of indicators, including the size of the public sector, the quality of legislation, foreign trade and overall regulation. Monetary issues and inflation are also taken into consideration.

The published ranking of the Economic Freedom of the World Index is based on data for 2020.

Globally, Hong Kong retained its top position in the index, according to the Economic Freedom of the World report 2022. The next highest-scoring nations are Singapore, Switzerland, New Zealand, Denmark, Australia, the US, Estonia, Mauritius, and Ireland.

The Fraser Institute is an independent Canadian public policy research and educational organization with offices in Vancouver, Calgary, Toronto, and Montreal and ties to a global network of think-tanks in 87 countries.

Its mission is to improve the quality of life for Canadians, their families and future generations by studying, measuring and broadly communicating the effects of government policies, entrepreneurship and choice on their well-being. To protect the Institute’s independence, it does not accept grants from governments or contracts for research. 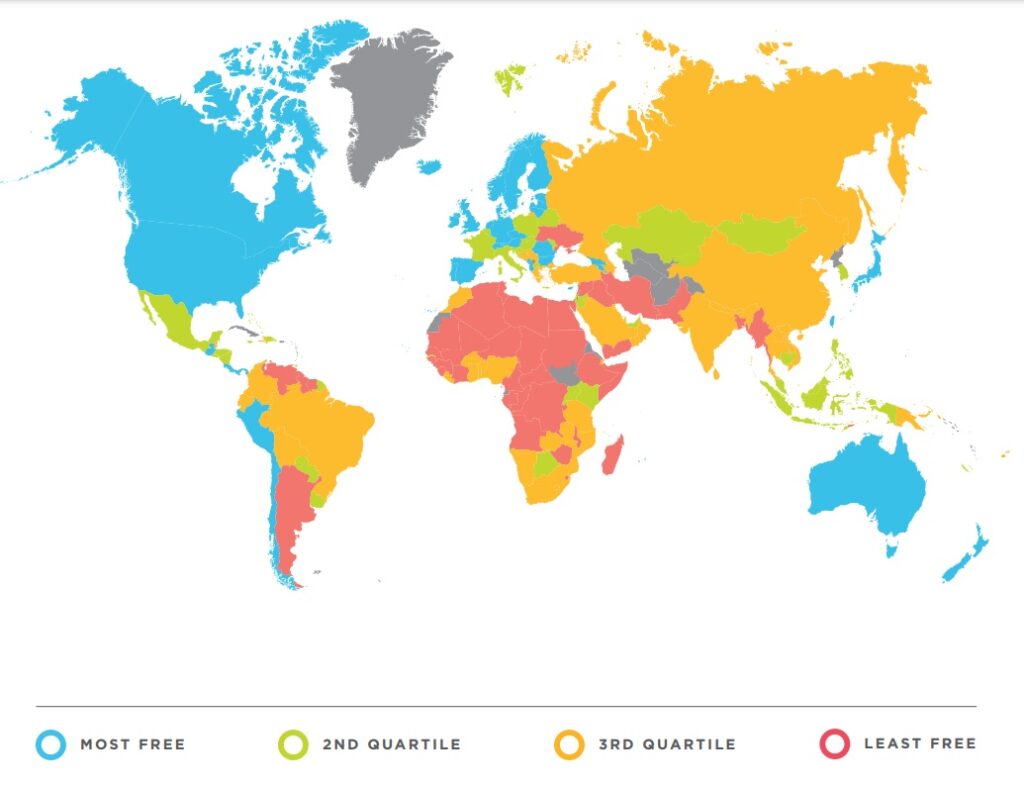 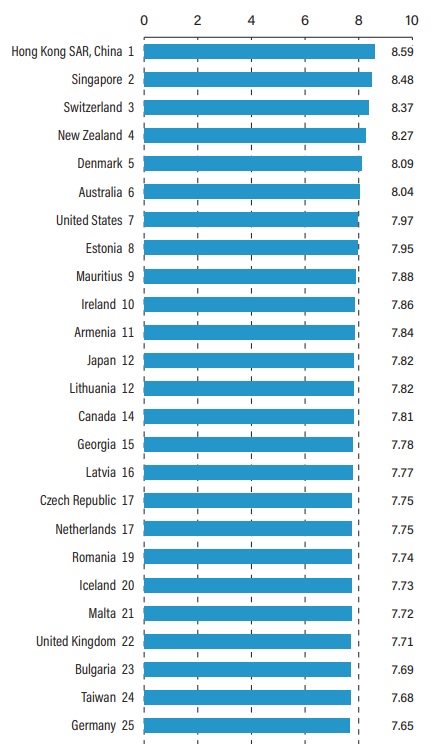