First Beer Hotel to Open in the Czech Republic

Europe’s first ‘beer hotel’ will open early next year in the Czech Republic.

The hotel in Nepomuk (Plzeň Region) features a beer tap in each room and a beer spa, where you can submerge yourself in baths of beer.  This is the second of its kind, with the first one opening in Ohio, USA.

The idea was pursued by the head of the Zlatá kráva brewery, Radovan Sochor, who also runs the hotel which operates above the beer cellars.

“When inventing the name of our brewery, we were inspired by the farm that our family owns and where we raise cattle,” says Sochor. “The concept of the entire hotel, which combines farm and beer themes, is in a similar spirit. It has fourteen rooms and each of them is named after one of the beers in our menu. And all rooms have their own bar.”

The Sochor family built this beer hotel for about ten million CZK in the building of a former brewery, which operated from 1870 to 1932. They received a 45 per cent subsidy from the Ministry of Agriculture for agritourism and business development. The official opening is planned on February 1.

“Vouchers have already being bought,” said spa specialist Stanislav Straka, who worked in a beer spa in Pilsen.

“The beer hotel should strengthen tourism in our city,” added the mayor of Nepomuk, Jiří Švec (ANO). According to him, if someone wants to build a new hotel in a smaller town at the time of the pandemic, the only way is to offer non-traditional experiences.

The hotel has 14 rooms, including five family suites, with taps serving Golden Cow lager, a product of farmers. “Each room is named after our beer, such as Plnotučná (No. 12), Tractor IPA (14) and Farm APA (11),” Sochor said.

The beer hotel in Ohio was established a year ago. “At that time we were already finishing ours and we wanted to open it in March, but Covid stopped us. So we are the second one in the world, but at least the first in Europe,” he added.

On the lower floor, there is a beer spa and beer wellness for 20 people, and a steam and Finnish sauna with a hop aroma.”

Each of the four 300-litre stainless steel tubs can hold two people. “The tubs are filled with unpasteurized and unfiltered beer with yeast, hop extract and salt which have a temperature of 36 degrees,” said Straka. 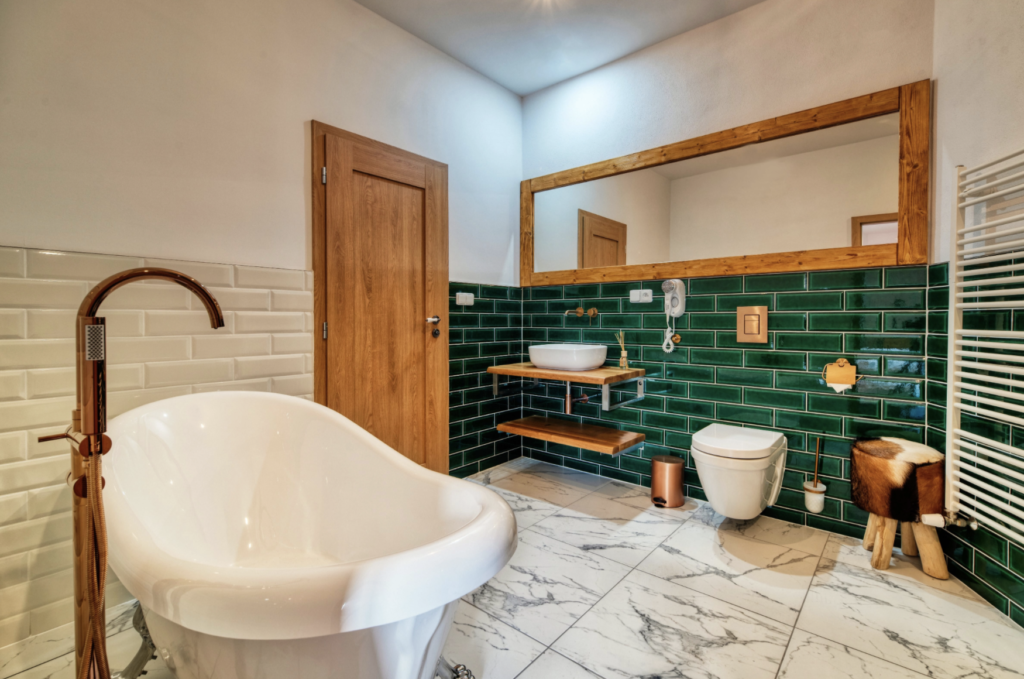 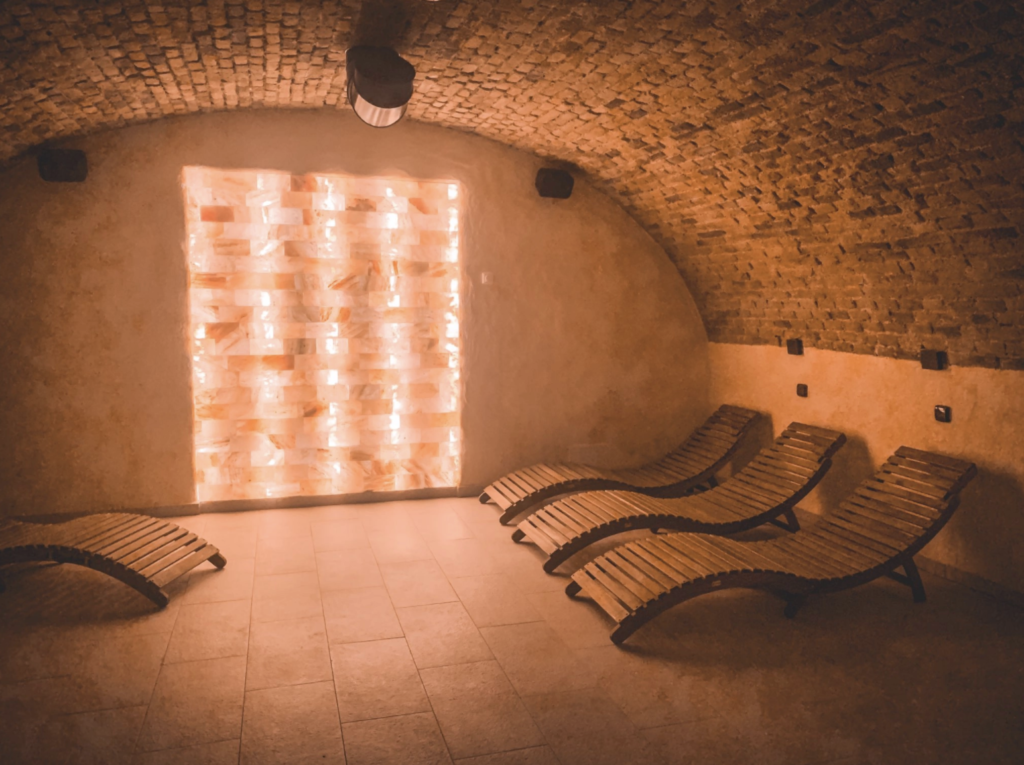 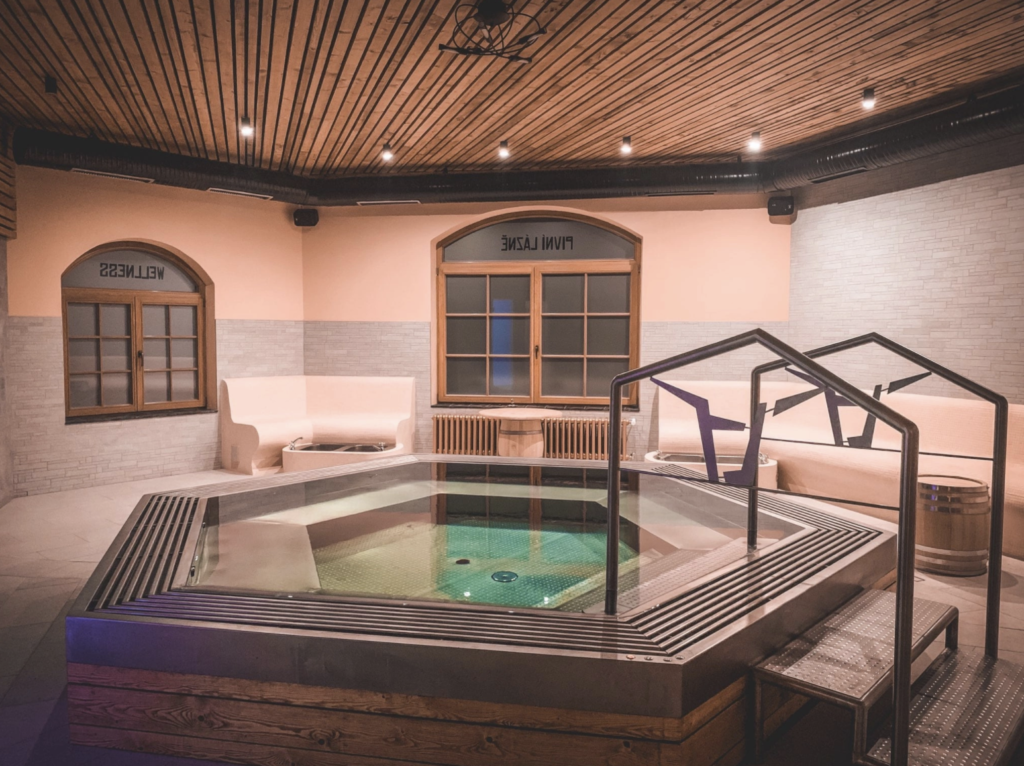 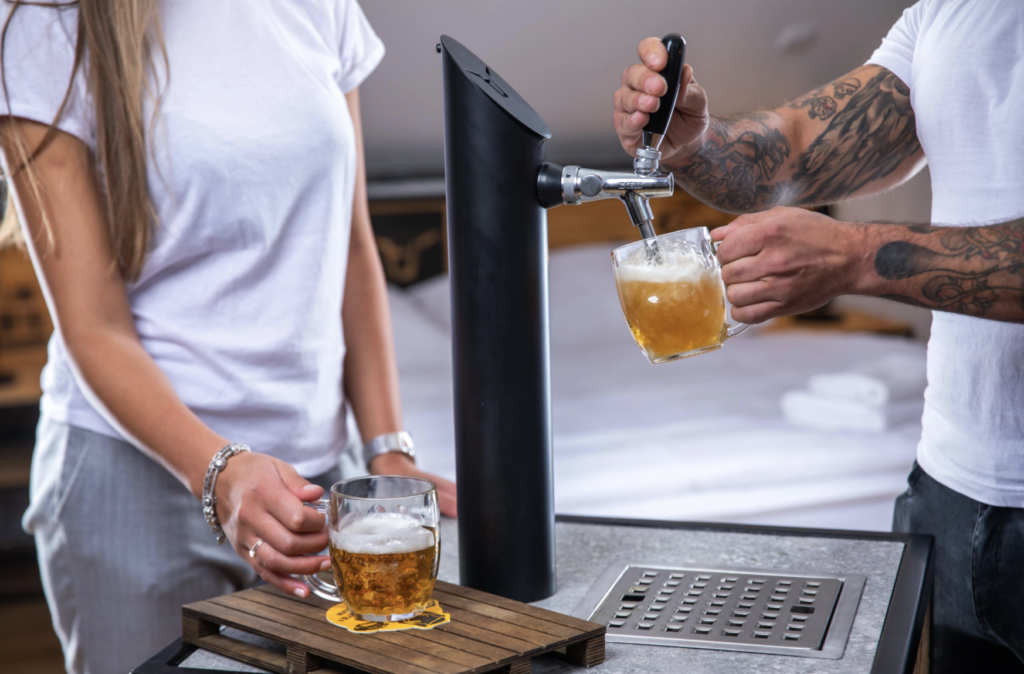 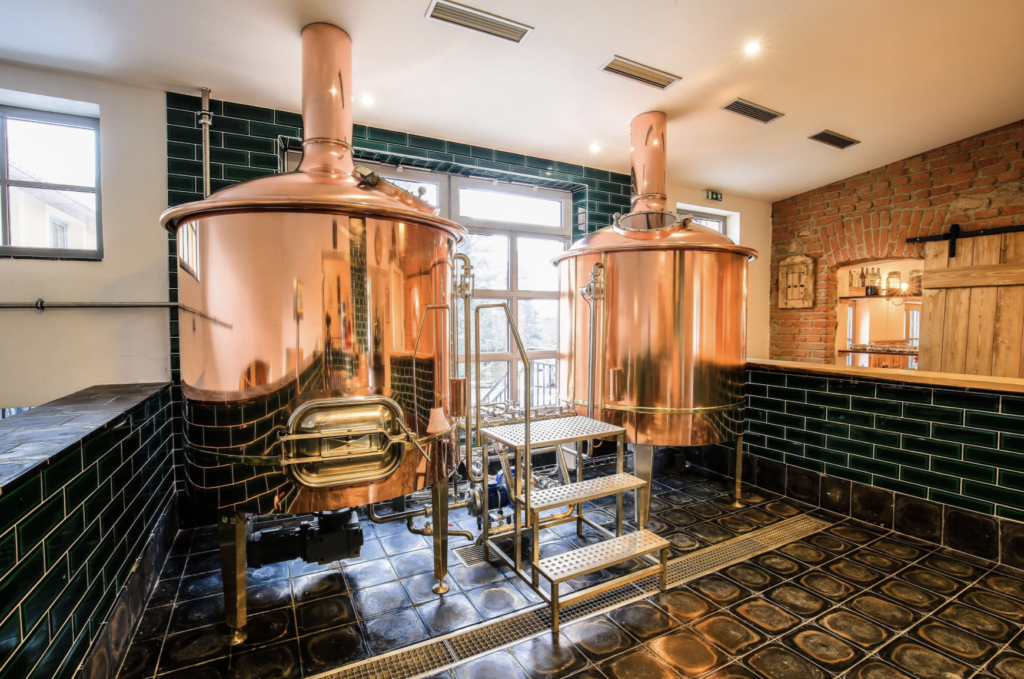 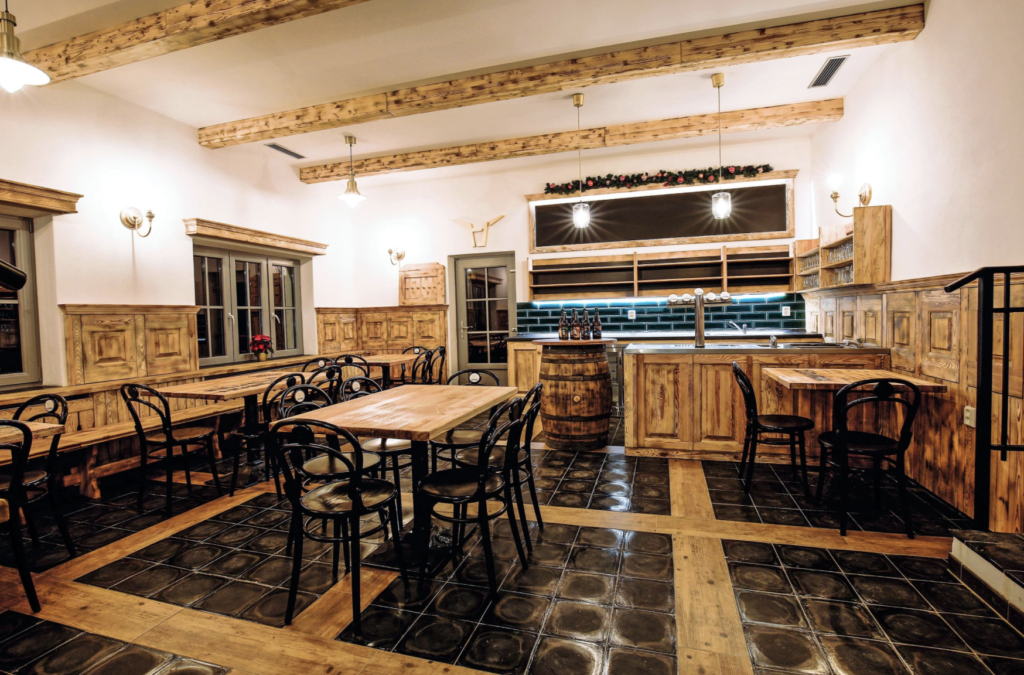