The fire that destroyed much of it in 1881 was, therefore, all the more devastating.

Because of insufficient funds for its construction, money was collected from all social classes.

The foundation stone was placed in 1868, the historical date remembered as the beginning of this amazing edifice. Years passed and finally in 1881, the neo-Renaissance construction was opened for a first performance that took place in the honor of Crown Prince Rudolf.

On 12th August 1881, when the last details were being retouched, a fire broke out and destroyed much of the new building, destroying the roof, stage and auditorium, including the decorations for the upcoming premiere of Smetana’s Libuše.

The vestibule, foyer, loggia and a number of rooms, such as the archive, cloakroom and theatre office, were preserved.

The event was considered a national catastrophe, but the Czechs didn’t stand aside. They started a new campaign for the reconstruction of the National Theatre.

Rich and poor contributed and the result was the amazing one million florins gathered in 47 days. 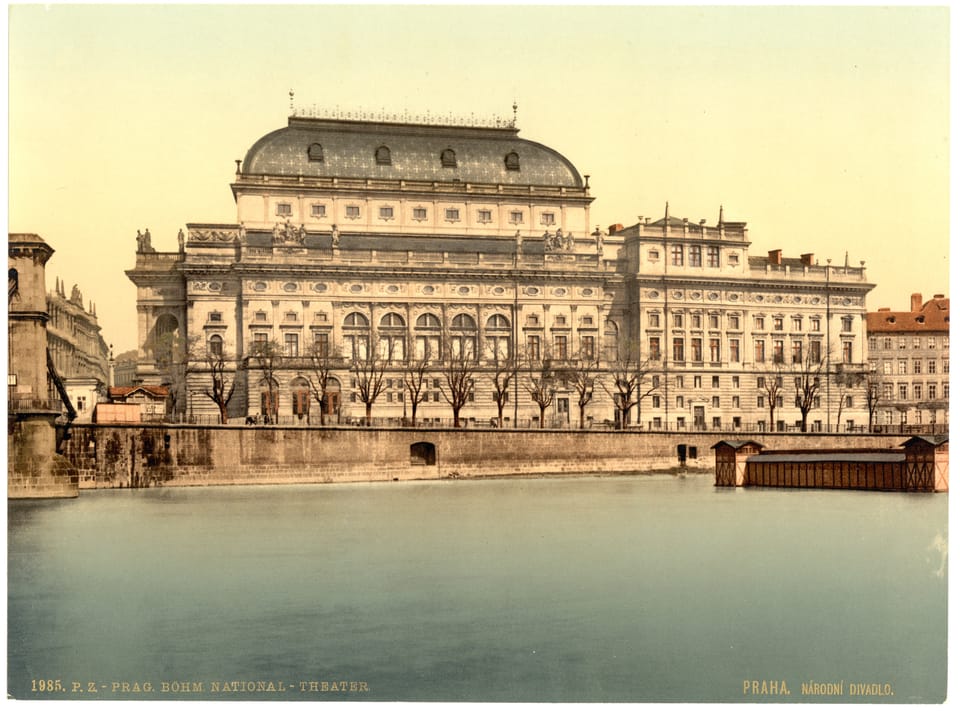 In charge of the project was this time architect Josef Schulz, who had the difficult task to unite three different buildings into one harmonious style.

His work was successful and in the perfectly designed and equipped (electric lighting, a steel-constructed stage) new National Theatre opened its doors on 18th November 1883 with the performance of Smetana’s opera Libuše, specially composed for this gala occasion.

The theatre served its purposes with loyalty for almost a century, when in 1977 was closed for reconstruction. Everything went precisely by the plan and the theatre opened its gates again exactly on its 100th anniversary.

On 18th November 1983, Smetana’s Libuše resounded again as the symbol of national devotion and unity.