Czech Prime Minister Andrej Babiš has repeatedly refuted the allegation that he was an agent for the Communist Secret Police back in the 1980s.

A discovery by the Slovak National Memory Institute (ÚPN) has presented evidence to the Bratislava regional court that Babiš was indeed an agent of the StB.

Babiš has sued the UPN and has also been entangled in lawsuits regarding that matter for the past nine years disputing claims that he was a member of the Communist Secret Police.

A statistical card in archives of the UPN shows Babiš was given the designation of “agent” and also the code name “Bureš” as far back as Nov. 11, 1982.

The evidence against Babiš is significant as it indicates when he joined the StB as an informant in Bratislava and that he joined on a voluntary basis monitoring employees of foreign trade companies as part of the economic counterintelligence department.

Evidence from the institute indicates that Babiš was suspended from cooperation with the Secret Police in 1988 after being away in Morocco on business.  The records show that he only returned after the democratic revolution in 1989.

Babiš has been accused of enriching himself and his businesses from being an StB collaborator.

Babiš maintains that he has been wrongfully identified and any accusations that he was a communist agent are part of a conspiracy to smear his political career and business holdings.

Babiš owns a multi-faceted conglomerate called Agrofert, which consists of over 230 companies making him the second richest man in the country.

In 2018 after the constitutional and regional courts rejected his case, he was quoted as saying

“We will sue until death because we are in the right.”

He has also argued that he was a victim of blackmail from the StB who threatened to strip his children’s education and revoke his right to travel abroad for business. 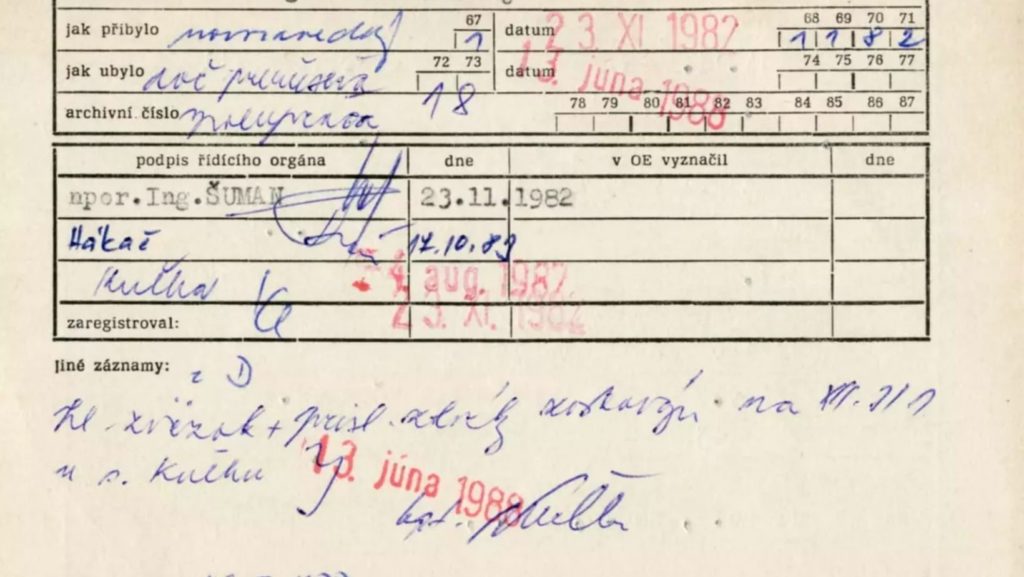 During a 2014 lawsuit, Július Šuman, the agent who allegedly recruited Babiš, testified on his behalf. Šuman stated that the security file had been deliberately falsified to protect the true identity of agent “Bureš”. The Bratislava court ruled that Babiš had indeed been wrongfully identified as a communist agent.

However, Slovakia’s Constitutional court has overturned the ruling in 2017 claiming that Šuman’s testimony is inadmissible because StB is considered to be a “criminal” organization.

The new evidence emerging from the UPN draws more negative press to Babiš who has also been accused of illegally funneling EU subsidies, valued at 2 million Euro, into his businesses although he is immune from prosecution while in office.

Share via: The Czech Republic will tighten passport checks on refugees and only grant aid to those fleeing…