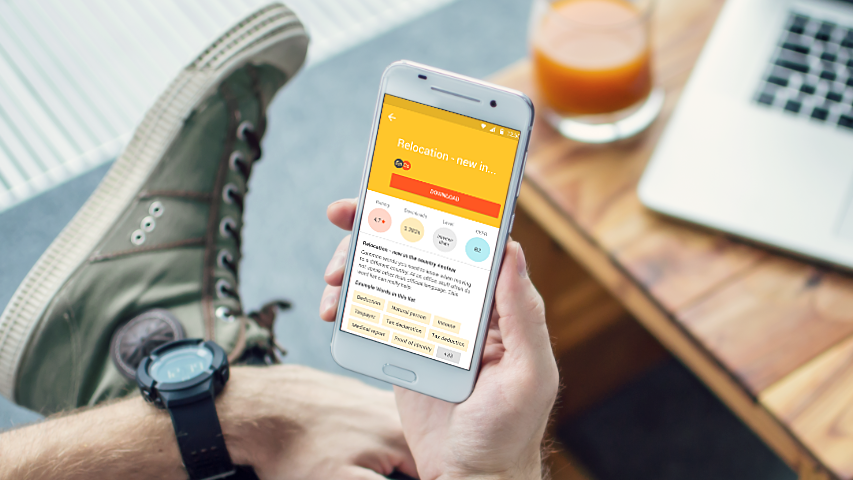 The new Word lists labeled as #speakmoreapp are tailored to the needs of expats and travelers specifically and are available in 12 languages. Users can effectively learn Czech, Serbian, German, English, and other languages through Flashcards.

Zuzana Pápayová, the project coordinator, explains the rationale behind the idea of focusing on expats and travelers: “Anyone who has ever been to a foreign country knows how confusing it can be without knowing a single word of the local language. You want to say more but you just cannot. Learning just basic vocabulary already helps overcome the fear of speaking and prevents misunderstandings. You´ll easily fill in forms, explain the pain at the doctor’s, and you’ll be free from shopping with Google Translate.”

An issue that is quite familiar and common for many foreigners living in Prague. Just recently in our Prague Morning ‘Expats in Prague’ Community, a lot of users expressed frustration at what more could be done to make public services/offices more accessible to expats. Though this isn’t a direct solution, it is a direct method in taking better control and action of your language learning, which will effectively make your experiences and encounters at the public offices, that little bit more bearable.

The open database consists of more than 9 000 Word lists with more than 300 000 Flashcards logically organized according to level, topic, and language. Everyone can also contribute with own Word lists of useful words and phrases and publish them to others. Many expats keep a list of their useful Czech words. Thanks to the complement web app, it is quick and easy to create and publish them only by copy and paste.

This app makes it not necessary to be fluent in the language but effective in communicating in placed such the Post Office or Relocating services, where it is often needed to understand what the forms or non-English speaking officers are saying. The Word lists, available in the app after searching #saymore, focus on relocation, at the doctors, etc. to help expats specifically. But the Flashcard app can help all the people who need to learn new language vocabulary. “I felt like there was always something missing in the other vocabulary apps. Vocabulary Miner brings quality and freedom to practice exactly what you need. We would like to inspire people to build up their own personal vocabulary. Thus, users would be confident in day-to-day situations: they won’t ‘spenden Geld’ in a German supermarket and will be right ‘enthusiaste’ about a French movie,” says Vladislav Skoumal, the founder of SKOUMAL studio. The open database covers many languages and levels ranging between A1 and C2.

The Flashcard System learning method has proved to be fruitful. It forces users to actively recall words from memory, and it includes the option to switch languages according to your wish, making the method even more effective.

The app is available for free in AppStore and Google Play. All 9000 Word lists and 12 languages including #saymore Word lists will help you for only 24 Kč per month. Less than one beer. Ready to say more?