Crawling up one of the city’s most prominent landmarks, the Žižkov TV Tower, Černý’s “Tower Babies” are without a doubt his most visible work.

In 2000 – the year Prague was the Cultural Capital of Europe, Černý was asked to create a temporary project to honor the occasion, but due to the public’s appreciation of the babies, it was decided that they would remain.

They were put on the tower for the first time on 29th May 2000. People liked them so much they were returned in 2001 as a permanent installation.

Standing out from the picturesque skyline of the city, the babies are scaling the sides of the television tower, a symbol of the communist era, unable to reach adulthood, their growth stifled by this landmark of totalitarian rule.  At night they are lit up in the colors of the Czech flag.

You can’t see it from here but the babies don’t have faces. Instead of features, they have barcodes or slots jammed into their faces, making them look like the back of an old personal computer.

Some assert that Černý’s creations did not improve the looks of the Žižkov site: VirtualTourist.com even rated the TV tower as the second ugliest building in the world and babies as a kind of hideous contribution to that. 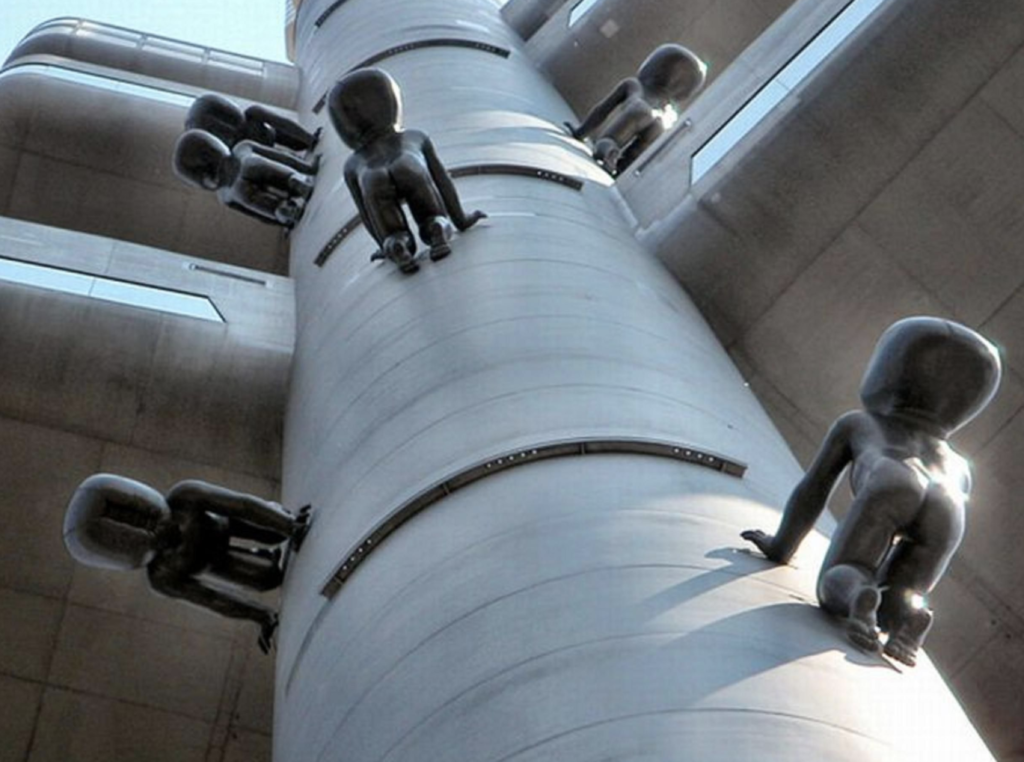 Žižkov Television Tower was built in 1984-89. It provides not only the devices for transforming TV signal, that covers a wide territory, but it also offers three cabins in the height of 93 meters and a restaurant with a view of the city in the height of 66 meters. If you are lucky with the weather you can see objects at a distance of 100 kilometers.

At the height of 93 meters is the observation point, which offers one of the most breathtaking views of Prague. The space 30 metres lower offers a no less imposing view and a range of refreshments at the restaurant, bar, and café. At 70 meters is an absolutely exclusive one-room hotel.

In close proximity to the transmitter, there is a Jewish cemetery with an interesting history. It was open for a relatively short time from the end of the 17th century to the mid-18th century during the plague epidemic and the War of the Austrian Succession.

During the 1960s, part of the cemetery gave way to the Mahlerovy sady (gardens). In the 1990s, the cemetery was again reduced further for the building of the Žižkov Tower.

The Jewish tombstones removed during the first interference with the cemetery during communism were subsequently used as paving on 28. října street, which leads from Wenceslas Square to Národní třída. 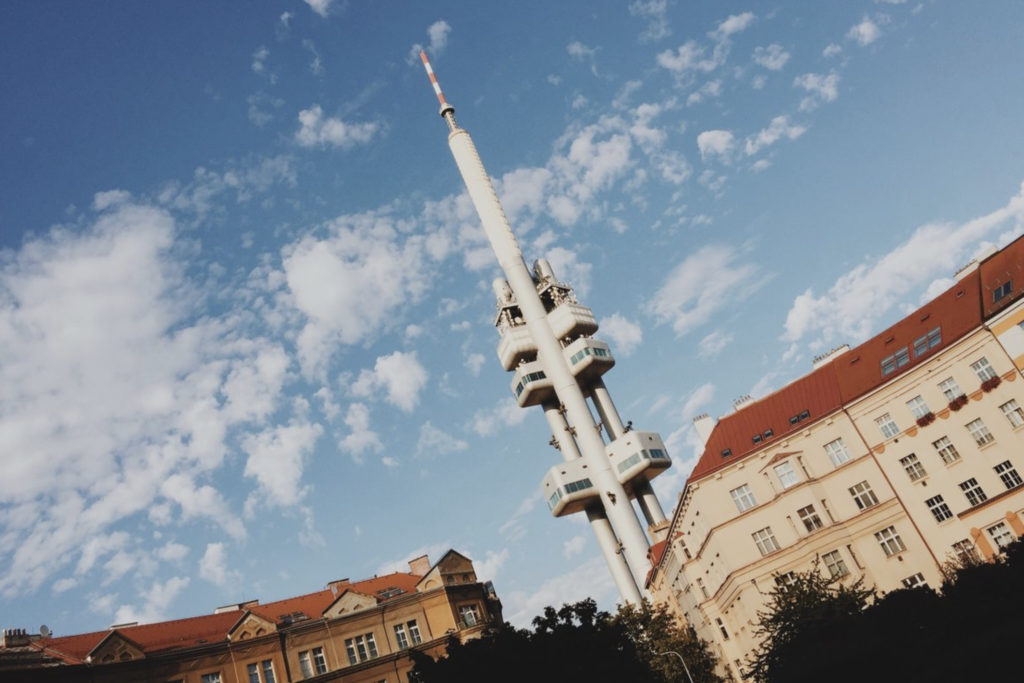