The Czech government plans to provide training to as many as 4,000 Ukrainian troops over the next year, Czech Defence Minister Jana Cernochova said on Wednesday.

The training would be done in five four-week cycles with up to 800 troops attending each, and cost 975 million crowns, the Defence Ministry said.

NATO member Czech Republic has strongly backed Ukraine since Russia’s attack in February this year, and has sent it light and heavy weapons and ammunition.

The training program would be started with the first batch of troops this year and eventually be folded under a planned European Union training scheme for Ukraine.

European Union foreign ministers agreed to set up a mission to train some 15,000 Ukrainian troops and to provide an extra 500 million euros worth of funding for arms deliveries to Kyiv at a meeting in Luxembourg on Monday.

The Czech Republic will also send 55 troops as instructors or members of command structures of the planned EU training mission in other EU member states.

Both parts of the plan require parliamentary approval. 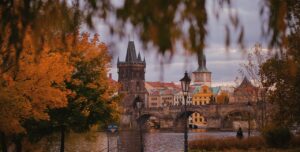