President Miloš Zeman signed the law introducing the so-called Savings Tariff, which is supposed to help households reduce their bills for electricity, gas and heat.

This year, Czechs will probably receive a subsidy for expensive energy costs of only around CZK 2,000. The Minister of Industry, Jozef Síkela, initially spoke of up to CZK 16,000 for gas and electricity.

It appears as though the current administration will not be able to follow through on this, however…

The energy-saving tariff will take the form of a subsidy from the state budget intended for energy suppliers, who will then reduce payments to households by this subsidy.

Following the imminent adoption of the law, the government will regulate the details, such as the amount of the allowance. The government could set aside 30.6 billion crowns for the cost-saving tariff. Of this amount, 3.6 billion crowns will be distributed among households with domestic boilers, which were not originally included in the support program.

Gas and electricity traders are supposed to reduce bills or deposits by the received subsidy. They will have to indicate this on the bill. The support will not apply to weekend properties and recharging electric cars.

Owners’ associations and cooperatives will have to apply separately for a heating allowance. This will apply to heat from the central supply or from domestic boilers. The upper limit of the contribution in both cases will be CZK 30,000. During the discussion in the Senate, Minister Síkela described that the contribution will be a fixed amount and the less energy households use, the larger proportion will be covered. The government wants to motivate households to conserve energy as much as possible.

Other roadblocks are also possible: sources say people who heat with gas or are connected to district heating will possibly have to wait until next year to recieve their subsidy.

Some experts on social issues believe that blanket subsidization of energy prices does not make sense. They are afraid it will lead to increased consumption, which may not be possible this winter due to supply limits. For example, according to sociologist and member of the National Economic Council of the Government Daniel Prokop, a social tariff for part of society or price regulation would be better.

The amendment to the Energy Act also responds to the government’s decision of June 22 to waive the fee for subsidized energy sources. According to the Ministry of Industry, this regulation will enable the government to implement it in practice. Payment of the fee should end on October 1.

However, the government is prepared for a possible increase in consumption. The signed draft allows for the Ministry of Industry to declare a state of emergency if the last consumption gets too high and regulate it as such. In a state of emergency, it will be able to impose new obligations on gas companies and certain restrictions will apply.

For example, suppliers will be able to increase the price of gas only by the increase in the price they pay for it themselves. The Senate called for an information campaign. However, if the supplier increases the customer’s price in a state of emergency or an extraordinary state of emergency, he will only have to inform about it on the Internet.

By publishing it on the Internet, the supplier will be deemed to have notified the customer of the price increase. The customer will then have ten days to terminate such a contract.

All this comes as Europe is bracing for a winter that, due to the war in Ukraine, could see massive gas shortages across the continent as countries cease receiving Russian gas. 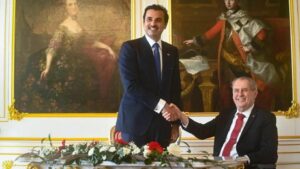 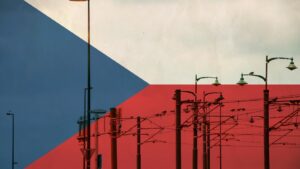