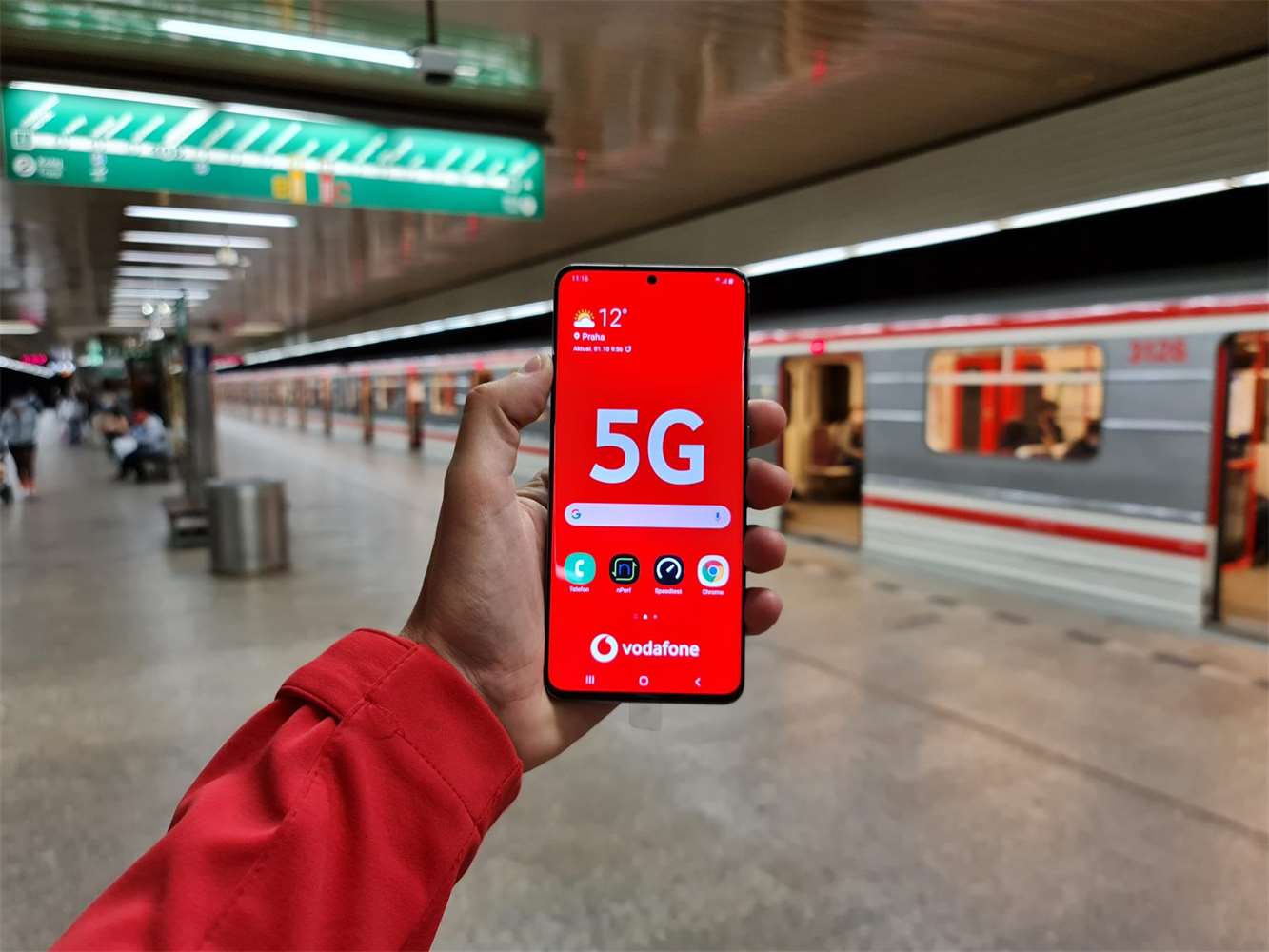 We know for a few weeks now that Vodafone launched a 5G network on October 1.

Vodafone disclosed on its website that it will implement 5G mobile test networks in the cities of Prague, Brno, Usti nad Labem, Jesenik, and Karlovy Vary.

The big surprise is that the 5G network will be available also in the Prague metro.

At the moment, 5G covers the entire section from Dejvická to Muzeum on the green line, and from Smíchovské nádraží to Českomoravská on the yellow line.

The telecom operator plan to establish the network’s availability in additional stations by the end of the year, according to the statement.

The operator will use Dynamic Spectrum Sharing (DSS) for the purpose, ie dynamic sharing of frequencies between 4G and 5G networks according to the current needs of users.

The new network not only brings a faster, more flexible, and more reliable connection to the Internet but will also enable the implementation of technical solutions that have not been possible before. Whether it is the development of smart cities or factories, telemedicine, self-driving cars, robotics, and distance learning.

O2 has also been offering 5G internet in selected Czech cities since July. Customers with a compatible 5G phone should see a 20% boost in download speeds on top of what its LTE network delivers.

Only cell phones with 5G networking capabilities, such as the Samsung Galaxy S20 5G, will be able to take advantage of the new networking speeds.

The Prague metro began operation in 1974 and now has three lines with 61 stations. It currently has a transit network 65.2 kilometers long. This does not include the long-planned Metro D line.

The consortium of mobile operators and CETIN covers Prague’s 4G metro at its own expense. The construction is coordinated by T-Mobile Czech Republic.

The coverage of the section between two stations costs on average CZK 10 million depending on its length.