We have been hearing politicians accepting cryptocurrency donations for a while now, however, we are now set to witness something completely new.

Karel Janeček, one of presidential candidates for the upcoming elections in the Czech Republic, has decided to conduct their political campaigns in a Metaverse powered by the Polygon blockchain network.

We are extremely excited to announce that Karel Janecek (@janecek252) has officially partnered with @SomniumSpace as a #Metaverse to officially run his 2023 Czech presidential campaign. Stay tuned for more announcements soon.

This is an exciting development considering a large number of people have been positive of the Metaverse developments. Facebook has been leading the Metaverse revolution by changing the company’s official name to Meta.

A number of other BigTech companies have also been working in this space. Meta, Microsoft, and Epic Games have joined hands for the Metaverse Standards Forum (MSF). This group intends to create open forums for new technologies like AR, VR, Web 3, and the Metaverse.

Somnium Space and the Ethereum Blockchain

The Ethereum blockchain network powers the virtual reality (VR) universe of Somnium Space. On the Somnium Space platform, gamers can purchase residences, virtual lands, and other in-game assets in the Metaverse.

Also, the immersive dynamics of the Somnium Space platform allow users to construct, script and monetize places. Interestingly, users can do this all while exploring the contribution of other participants in the virtual world.

Besides, users can also enjoy multiple experiences in the Somnium Space Metaverse. This includes indulging in activities like going swimming, dining, visiting a museum, etc. Somnoum Space seeks to provide unique experiences to people in the Metaverse.

Polygon, the Ethereum Layer-2 scalability solution has been the go-to choice for many players due to its low gas fee over Ethereum. This will be an interesting case in place wherein Polygon will help in powering the Metaverse for presidential candidates.

What do we know about Karel Janeček?

From 1998 to 2000, Janeček worked as a mathematical analyst for the hedge fund Market Research Ltd, and from 2004 to 2005, served as Researcher in the Austrian Academy of Sciences. On the basis of his experience, he started the firm RSJ Algorithmic Trading.

From 2007 to 2013, Janeček lectured at the Faculty of Mathematics and Physics of Charles University in Prague. He specializes in optimal control in mathematical finance.

Janeček’s fortune was made in the rather dull world of trading financial derivatives.

Yet, in the past, he publicly defended his polyamory — although he says he gave that up in 2020 — and has dabbled in Buddhism.

Known as an anti-graft campaigner and philanthropist, he has helped create various charities, from scientific research to anti-corruption. He even devised his own election system dubbed the “D21–Janeček method”, which he says would rid graft from Czech politics.

Last November, the Neuron Endowment Fund, a scientific charity he helped to found, distanced itself from Janeček after he allegedly criticised the government’s pandemic measures during a speech at the Czech Nightingale music awards, for which he devised the voting system.

“I am running for the presidential elections with a vision of a modern, free and confident Czech Republic,” Janeček said.

“I will present myself as a courageous democratic candidate who speaks the truth and whose goal is to unite society and raise important issues.”

Is It Fair for the West to Ban Russians?

Share via: To start with, Volodymyr Zelensky was careful not to blame Russians for a war Vladimir Putin… 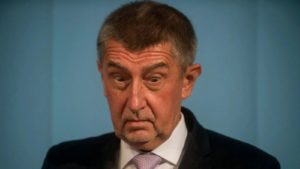 Share via: French prosecutors have opened an investigation into Czech billionaire and former Prime Minister Andrej Babiš, on…

Czech Unemployment Rose to 3.3%, While Number of Job Openings Decreased

Share via: Inflation in Czechia reached 17.5 percent year-on-year in July, up from 17.2 percent the previous month,…

Share via: President Miloš Zeman signed the law introducing the so-called Savings Tariff, which is supposed to help…

Share via: On Wednesday, US President Joe Biden appointed US investor Bijan Sabet as Ambassador to the Czech…

Share via: As Czechia completes the first month of its EU presidency, a survey by the STEM agency showed…

Share via: Construction sites, factory assembly lines and warehouses across central Europe are scrambling to fill vacancies after…