The state-owned company Czech Post has expressed support for the Prague Pride festival of lesbians and gays.

The logo of the Post Office will be colored with the colors of the rainbow flag on the occasion of the August festival. Rainbow packages will also be available at the largest branches.

Czech Post produced a total of 10,000 packages and calculated the costs at 250,000 CZK. The expressed support, which the post office publicly boasted about, quickly caused a stir in the public domain.

“A total of 10,000 of these packages have been produced – this is a separate marketing event of the Czech Post. The amount we paid for their acquisition was 250,000 CZK. The fact that the package is rainbow-colored shows support for Prague Pride. Another form of support is the possibility to use the rainbow frame when sending postcards online,“ Matyáš Vitík, a spokesman for the Czech Post told Echo24.

The rainbow package will be available during Prague Pride week at the country’s 400 largest post offices. Every customer who buys any cardboard package at the post office will receive a colored rainbow package, free of charge.

“The Czech Post is proud to be a strategic partner of the Prague Pride festival, the theme of which this year is coming out (i.e., a public expression of sexual orientation) and the belief that we are all equal,“ said the state-owned company.

With its support of the festival, the post office wants to show that it treats all people equally, regardless of their orientation or identity. The company has been a member of the Pride Business Forum platform since February, which strives to develop the personal potential of all employees, regardless of their individual differences.

The expressed support quickly caused a stir among the public. In addition to the partial support of the step taken by the state-owned company, many outraged comments on postal social media networks were far more frequent. 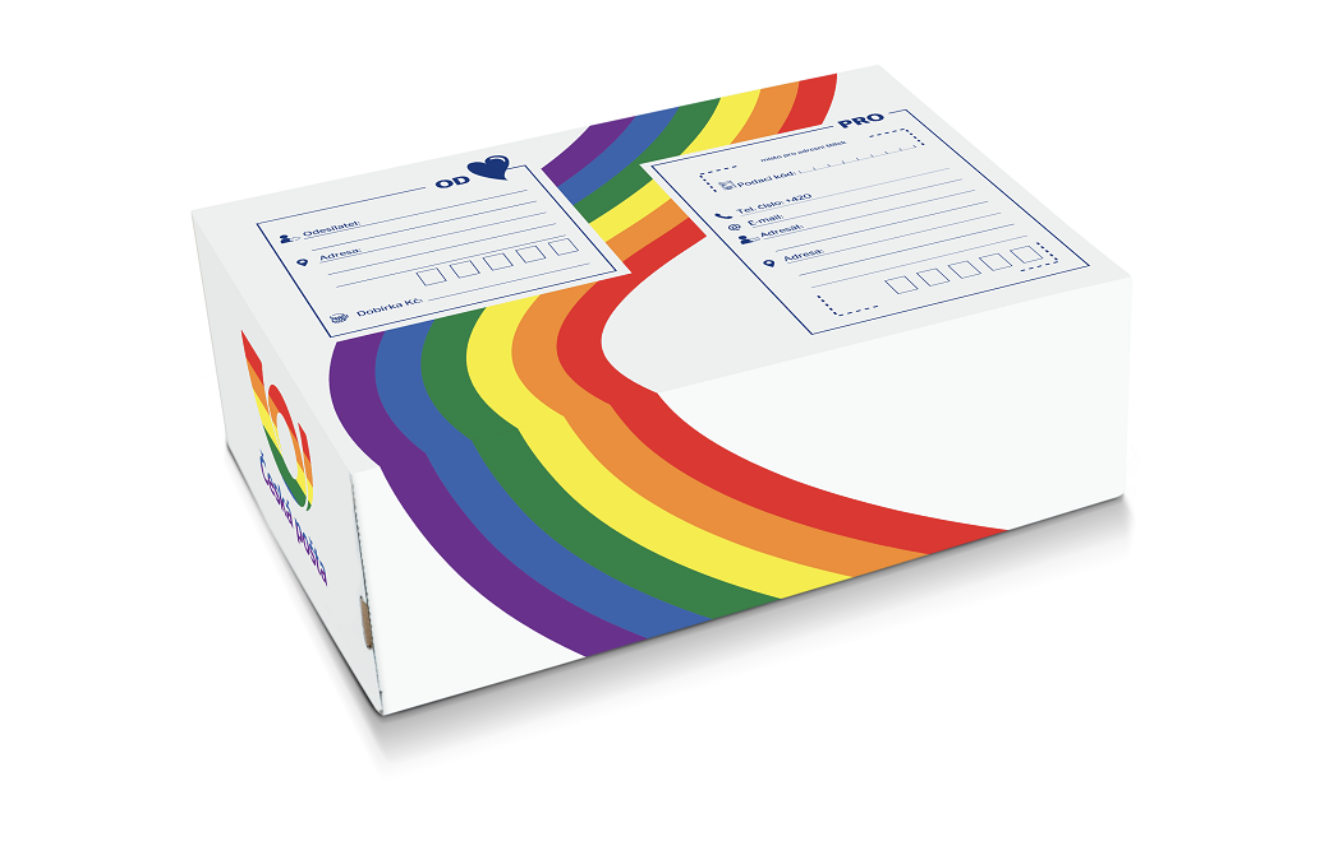 “Does a state-owned company in the red support private events? Strange management,” wrote one user, for example. “Hello, the issue of loss is a bit more complicated,” replied one of the administrators of the Facebook mail account.

“The company is in the red, yet the CEO takes huge bonuses and in addition they are a partner, so they probably also subsidize, the private event,” he wrote. “Good evening, the red numbers were from last year, due to investments in modernization. This year we should already be in the positive,“ replied the Czech Post.

“I would like the Czech Post to deliver consignments properly and on time instead of supporting and presenting ideology,” one of the users responded. “The Czech Post should deliver packages, not support something,” wrote another.

The Festival of Lesbians, Gays, Bisexuals, and Transsexuals (LGBT) was held in Prague for the first time in 2010. This year it will take place over a week from August 2 – 8.