On Sunday the 14th of August 2022, a Hawker Hurricane (OO-HUR) belonging to the Aviation Museum in Tocna near Prague crashed during it’s display at the Aviation Days in Cheb, Karlovy Vary Region. Sadly it was confirmed that the pilot was tragically killed in the accident.

According to witnesses the plane suddenly lost altitude while turning and disappeared from sight. The plane has crashed into a family house but thankfully no one on the ground has been seriously injured.

Petr Paces was named as the pilot who lost his life, he was a very experienced ex-Mig-21 fighter pilot, a flight instructor as well as the captain of the Boeing 737 airliner.

Passionate about flying Petr Paces started flying gliders at the age of 14 before moving onto powered aircraft three years later. After school, he flew as a Mig-21 fighter pilot until 1992, leaving the army to join Air Traffic Control. Almost twenty years ago, he started flying the Boeing 737 airliners.

He has also often displayed historic aircraft sharing his love for flying with thousands of people each year.

Hurricane Mk. IV was one of the final variants of the Hawker-manufactured fighter, produced between 1942 and 1944. At that time, Hurricane was no longer a pure fighter aeroplane, performing mostly the ground-attack missions (and therefore often nicknamed as ´Hurribomber´).

The aircraft was manufactured sometime between end of 1942 and March 1943, the exact date and serial number are not known, as the aircraft was previously intended for storage and all manufacturer plates (and also the original engine) were lost somewhere between 1946 and 1983.

Its long and interesting history can be followed since March 1943, when Hurricane Mk. IV became operational with the 6th Squadron, Royal Air Force.

In early 2021 the aircraft received a new livery and was bought by a group of Czech aviation enthusiasts from the Aviation Museum Tocna. As a tribute to the Czechoslovak airmen who served in the RAF during WW II, OO-HUR was painted in the colours of Hurricane Mk.IIc “BE150”. 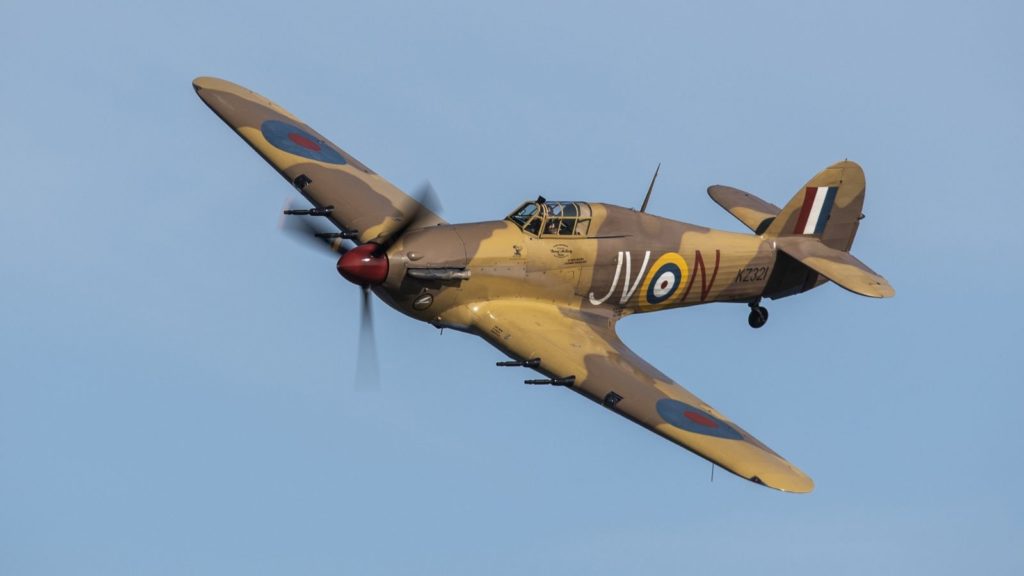