In its analysis, the regulator argues that retailer mobile service prices, especially when it comes to mobile data, are disproportionately higher than the EU average; collusion, and high wholesale prices (even higher than retail ones) make it impossible for virtual operators to offer competitive tariffs.

According to the CTU, a new and fourth nationwide operator, will not enter the market until the end of 2024. “Data wholesale offers not only do not allow access to voice services, which currently still require most customers but also in the case of the theoretical possibility of their integration into one SIM, do not allow the replication of tariffs for MVNOs, “admits the CTU.

The Office is therefore again proposing to regulate the wholesale market, including the possibility of directly setting maximum prices for the services that network operators sell to virtual machines.

This is the CTU’s third attempt to regulate the mobile market in a short time. The first analysis was rejected by the European Commission in February this year.

The Authority published a second proposal in which it tried to circumvent the Commission in a non-standard way. For this, it earned a warning against a possible official proceeding for violation of European law. In the end, the Czech Antimonopoly Office did not support the analysis, and subsequently, the CTU Council itself rejected it.

The Czech Republic has among the most expensive mobile tariffs

Czechs pay much more than the majority of EU countries, according to a 2018 EU Commission analysis. The average EU customer spends around 33 Euro on 20 GB of data, while Czechs would have to pay almost 55 Euro for the same amount. A 2017 study by the organization telefonujici.cz found that mobile tariffs in the Czech Republic were on average 79% higher than the EU average.

To put it bluntly, mobile tariffs in the Czech Republic are among the most expensive in the EU, along with countries like Hungary or Greece.

According to some analysts, many Czech mobile customers actually pay lower tariffs by negotiating and receiving customer specials and discounts. However, no one can say how many people are able to benefit from such deals. 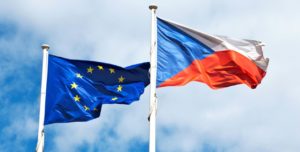 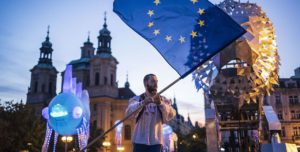 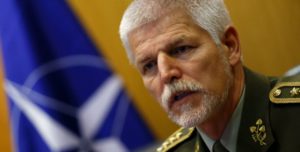