Orlando Bloom is right in the middle of filming the new series of Carnival Row, but he can still find time for his real-life leading lady, Katy Perry, who was spotted visiting him on set in Prague this week.

Katy Perry took advantage of her stay in the United Kingdom, where she has been decorated by Prince Charles, to make a trip to Prague to visit her fiancé.

The actor, 43, was clad in an off-white shirt and black waistcoat, complete with a black bowler hat and a pocket watch tucked into his jacket pocket.

The couple was surrounded by a few members of the cast and crew mingling around them while Orlando took charge of walking their dog, allowing Katy to sip her coffee.

Katy and Orlando got engaged on Valentine’s Day 2019 and are rumoured to have set a wedding date for April, although they have not confirmed this.

The California native had been appointed an ambassador of the British Asian Trust by Prince Charles during a gala dinner at Banqueting House on Monday.

Orlando has been engaged to pop star Katy since February last year after the couple began a relationship in 2016. 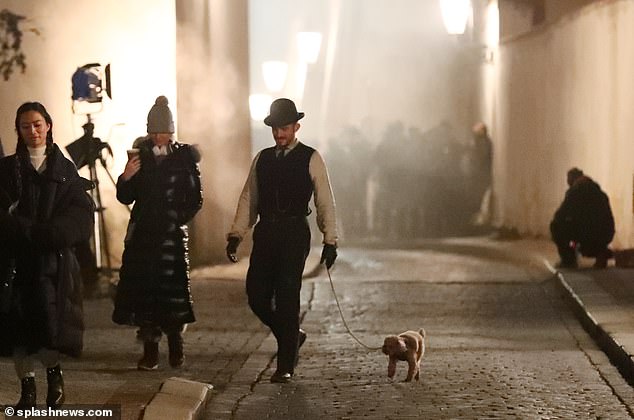 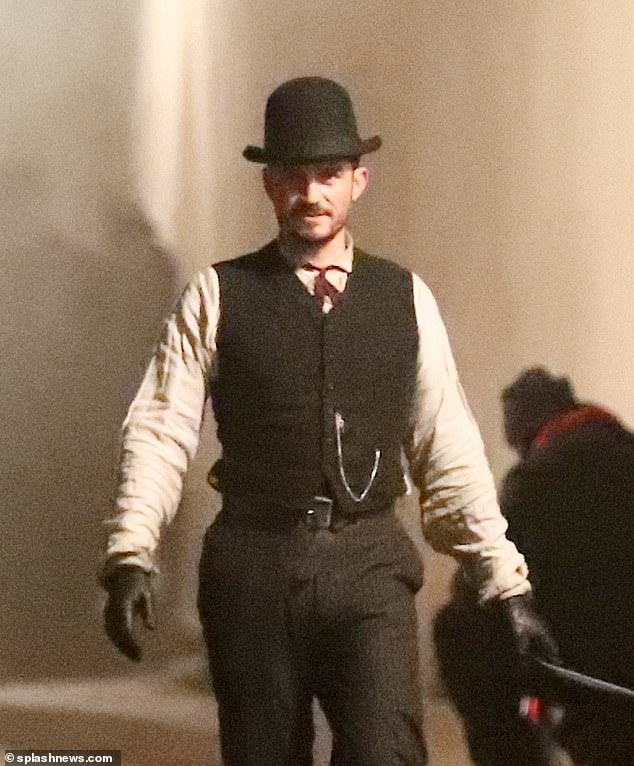 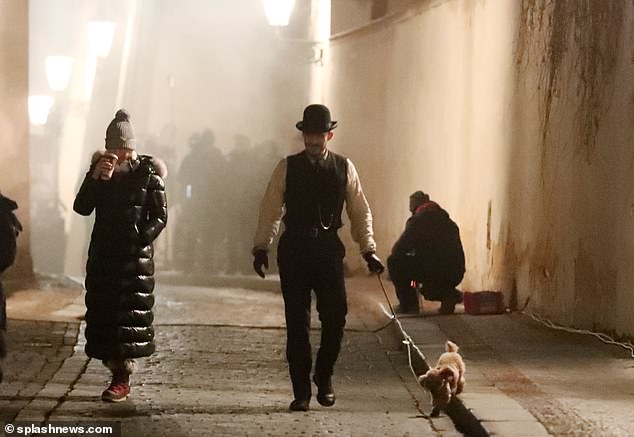 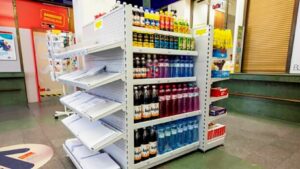 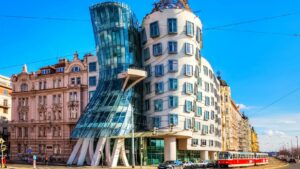