They condemned attacks on Ukraine’s infrastructure and refusing to recognise Russia’s claims to have annexed regions of eastern and southern Ukraine.

The vote was taken before a report of a blast in NATO member Poland. Western allies said they were investigating but could not confirm a report it resulted from stray Russian missiles. Russia’s defence ministry denied Russian weapons were involved.

“If someone behaves like a terrorist, he is a terrorist,” commented TOP 09 party spokesman Jan Jakob on the decision.

The Czech Republic has been a strong backer of Ukraine in its fight against the invasion by Russian forces that began in February.

“If Poland confirms that the missiles also hit its territory, this will be a further escalation by Russia,” Prime Minister Petr Fiala said on Twitter. “We stand firmly behind our EU and NATO ally.”

In the United States, senators introduced legislation calling on the US Congress to do the same and add Russia to its terrorist blacklist, but the bills haven’t advanced yet.

The final version of the resolution contains seven points.

The Chamber of Deputies of the Parliament of the Czech Republic:

(2) condemns, in particular, the widespread attacks on civilians, civilian objects and key energy infrastructure, which are a clear attempt to achieve political objectives by intimidating the civilian population and are consistent with terrorist methods;

(3) Notes that these attacks cause widespread reduction or interruption of electricity, water or heat supplies, putting civilians at risk. The shelling and deployment of military units at the Zaporizhzhia nuclear power plant pose a threat not only to Ukraine. Direct or indirect threats to use nuclear weapons, as well as false accusations that Ukraine is planning to use weapons of mass destruction, are a dangerous escalation of tensions and a threat to European security;

4) characterises the current Russian regime as terrorist, in line with a resolution of the Parliamentary Assembly of the Council of Europe;

5) Does not recognise the results of the so-called referendums held by the Russian Federation on the sovereign territory of Ukraine in Donetsk, Luhansk, Kherson and Zaporizhzhia regions, which aim to legitimise Russian aggression and the annexation of Ukrainian territory;

6) Expresses support for the efforts of the Minister of Foreign Affairs to establish a special tribunal to prosecute the perpetrators of military aggression, as well as the investigation by the International Criminal Court leading to the prosecution of war criminals and crimes against humanity;

7) Expresses its support and enormous gratitude to the heads of regions, cities and municipalities, as well as to the firefighters, military, police, medics and citizens for helping and coping with the situation. 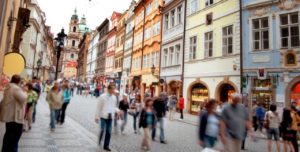