The Czech Republic will be able to cancel all coronavirus restrictions next month, Health Minister Vlastimil Valek said on Tuesday.

“I believe that in March we will be able to cancel all [coronavirus] measures to the maximum. The current development of the epidemic and the forecast for the near future prove that [it is possible],” Valek said at a meeting with lawmakers.

The minister also supported amendments to the controversial pandemic law, which entail a wider range of COVID-19 restrictions, including the introduction of mandatory testing of entrepreneurs, students, and teachers, as well as a separate set of measures by the defence and interior ministries.

The legislation has caused a backlash from the opposition and Czech citizens, who have been rallying against its adoption, with the most recent rally held in front of the parliament on Tuesday.

“If we do not adopt the pandemic law now, then in its current form it will cease to operate at the end of this month. As a result, the government and, specifically, the health ministry will remain ‘unarmed’ in the face of possible new variants of coronavirus or other viruses in the future. And the pandemic law contains a list of actions necessary to fully face new dangers and fight them,” Valek explained.

This week the country set a new record in the daily number of new cases with 57,195 infections, of which 9,775 were second-time infections.

The minister forecast that the rates will keep growing for the next two weeks before starting to decline, though the number of hospitalisations has already begun to drop given Omicron’s milder symptoms. 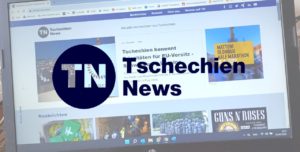