Czech-American TikToker Made $200,000 Farting In Jars

Stephanie Matto alias Stepanka Matto is a Czech-American YouTuber, model, and founder of a Not Safe For Work (NSFW) platform Unfiltrd.

Matto went viral on TikTok in December by documenting her lucrative fart-selling business, garnering hundreds of thousands of followers with “day in the life of fart-jar girl” content, such as videos showcasing her diet (lots of protein shakes and cabbage stews).

As an adult content creator who launched her own OnlyFans-esque platform, Unfiltrd, Matto receives dozens of requests for custom content per day, ranging from photos of her uvula to vials of her own poop.

Yet she’s been shocked by just how high the demand for her jarred farts has been, as well as surprised by the reasons her clients cite for purchasing her fart jars for $1,000 a pop.

“People really like the idea of spending an exorbitant amount of money and kind of being — I don’t want to say ‘swindled,’ but it’s like a financial domination thing for a lot of men,” she says.

As a self-described fartpreneur, however, Matto may have girlbossed a little too close to the sun. On Christmas, she says, she went to the ER with what she describes as heart attack-esque symptoms, which doctors promptly diagnosed as severe gas pain as a result of her diet.

“Most of my customers live in the United States, Canada, but I do have a lot of fans in India, and in the Czech Republic because I actually have a Czech background and I grew up in the Czech Republic. One thing that I was hoping wouldn’t happen [that did] is, my family in the Czech Republic is pretty religious and traditional, and one day I got a phone call one day from my cousin, like, what is this about you sending farts in jars?”, Matto said to Rolling Stones.

In general, public reaction to her business has been divided. But despite the criticism, Matto has no problem tooting her own…toots. 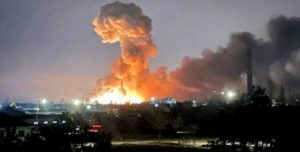 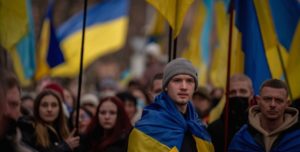 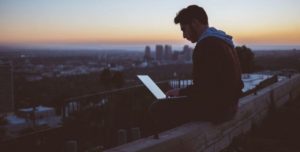