All Cultural Events Planned to Reappear on August 1, Zaorálek Pushes for Earlier Dates

The Ministry of Health has published a plan for the return of cultural events for this year, with entertainment fully resumed by August 1st.

The plan is being heavily criticized by Lubomír Zaorálek, Minister of Culture of the Czech Republic, who considers the proposal to be discriminatory against the cultural sphere.

In particular, Zaorálek is not satisfied with the fact PCR tests will be required to enter concerts and other events, whereas antigen tests will suffice when going to a barber, for example.

According to the Minister, many people, especially of young age, will be discouraged to attend cultural actions due to the cost of the PCR test, which averages at CZK 1,500.

“I don’t want culture to be just for the rich or older people who are inoculated, nor do I want young people to not being able to go to cultural events because they can’t afford it,” Zaorálek said. He added: “I want a single system in all areas, not a tougher regime for culture.”

Minister also noted that the cultural sphere had suffered greatly and required the resumption of the entire field as quickly as possible. Many countries where the coronavirus situation is similar to that in the Czech Republic have already begun to resume cultural activity, he affirms.

The Ministry of Health insists that from May 17th, provided that the situation stays under control, cultural events of up to 500 people in the open air and up to 200 people indoors may resume.

Confirmation of a negative PCR test or a vaccination will be obligatory in order to attend such events.

Zaorálek published an alternative plan on his Twitter account, in which up to 1,000 people in the open air and up to 500 people indoors will be allowed to participate. Besides, according to the plan, antigen tests will be accepted as well.

Both of the proposals heed of the condition of 100 or fewer infected per 100,000 people per week. 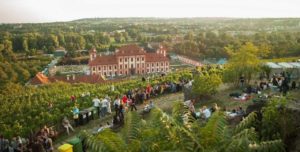 Share via: More than 200 private sites and gardens will become accessible to the public this weekend On…