This summer Prague will dress again with the colors of Colombia during the celebration of the 2nd Colombian week. It will take place from the 23rd of July until the 06th of August.

Various cultural, sports, gastronomic and other events will take place, which will introduce you to Colombian culture and traditions and will also introduce interesting personalities of the Colombian community living in the Czech Republic.

On July 30, they organize a Colombian party 2022 at (A)VOID floating gallery. Live music by DJs and the Colombian group La Parranda.

On August 2, at Dorado Coffee you can participate to a poetry reading of Julio Flórez, (Chiquinquirá, 1867-Usiacurí, 1923), a Colombian poet, the most popular of those of his time, romantic and late Becquerian. With a bohemian and adventurous temperament, he frequented the Symbolic Grotto in Bogotá, a bohemian gathering of multiple artists.

Some of his pages were even set to music, such as La Araña and Flores Negras, which achieved great public repercussion, since he was liked by scholars and illiterate people. His poems were collected in various volumes: Hours (Bogotá, 1893), Thistles and Lilies (Caracas, 1905), Cesta de lotos, Manojo de zarzas y Fronda lírica (Madrid, 1908), Gotas de ajenjo (Barcelona, 1911), Oro and ebony (1943), but not all have been collected yet. 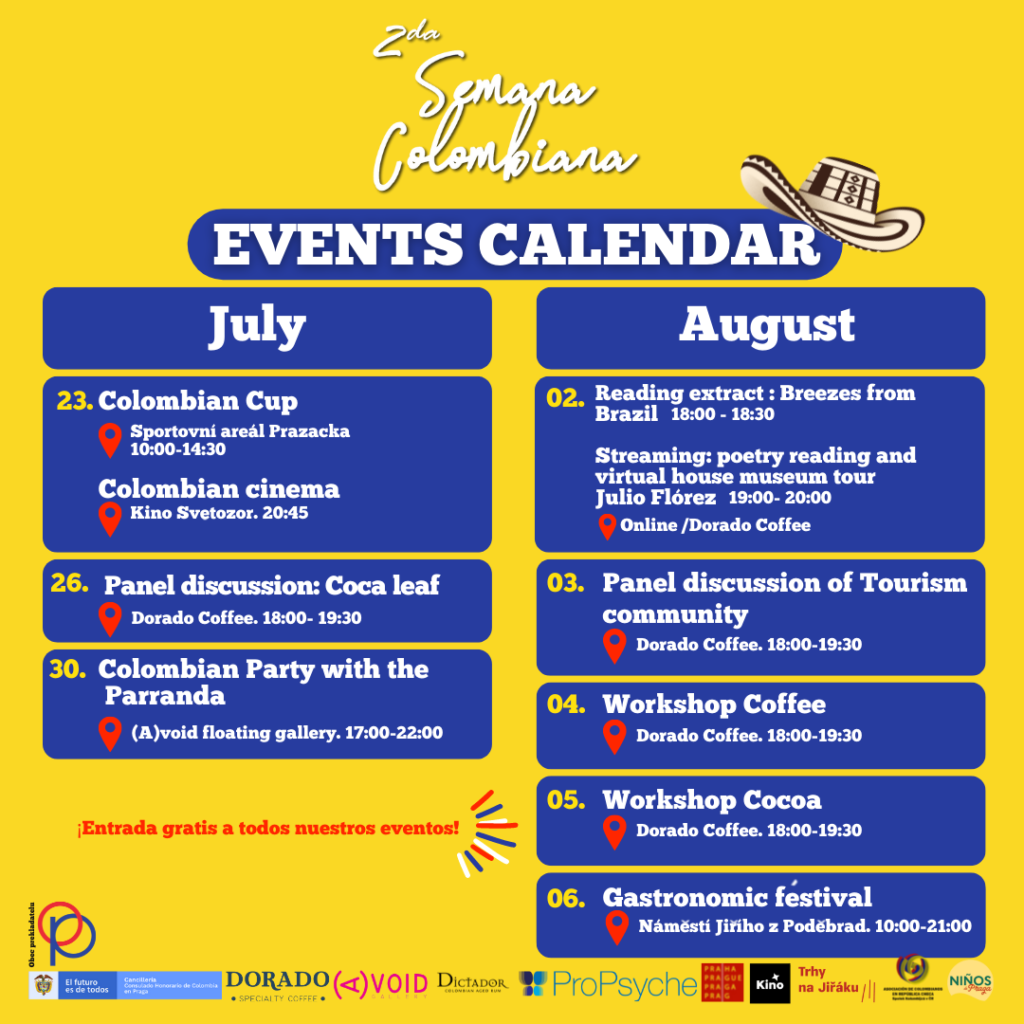 And you probably know that Colombian coffee is one of the most high-quality in the world, right?

That’s why on August 4, Dorado Speciality Coffee will organize a free coffee workshop to share unique stories about their brand, their coffee, its production, and history. After that, you will be invited to taste their amazing products.

The day later, you can discover the journey of Colombian cacao from the bean to the chocolate or cocoa powder in your cup. Learn how it is processing, and the whole magical story of cacao with its mystical history since the times of the Mayans and Aztecs.

On the last day of the festival, you can take part in the Food Festival at náměstí Jiřího z Poděbrad and try traditional Colombian food: bandeja paisa, empanadas, arepas, tamales, aguapanela, mazorcada, aborrajados, chorizos and much more. 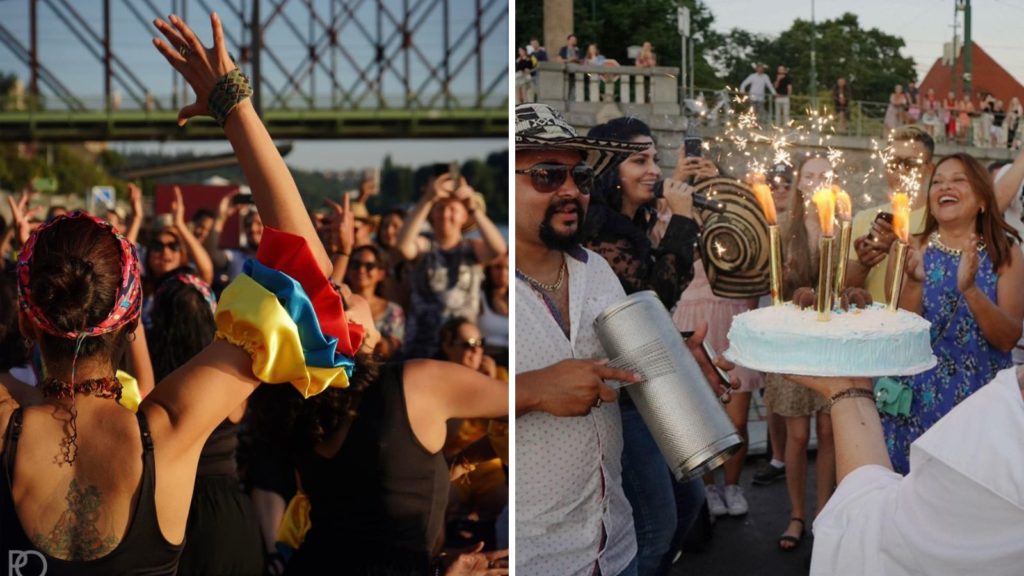