Clam-Gallas Palace in the Old Town of Prague ranks among the most prominent architectural monuments of Prague and the Czech Republic.

One of the prime works of Prague Baroque architecture, it is a splendid example of historical housing and the lifestyle of the aristocrats.

On Wednesday, 28 September, it will welcome guests for the first time after four years of reconstruction.

The palace was a famous cultural center of Prague. It hosted musical concerts, including Mozart and Beethoven, theatre performances and painting exhibitions.

Following World War II the palace housed the City of Prague Archive. The planned cost of the renovation project was around CZK 500,000 and it was due to be completed last year.

The palace is situated on a large construction site comprised of a four-wing Baroque building around the central square courtyard.

In the axis of Karlova Street, it is connected with the entrance tower-shaped avant-corps, the staircase tower near the north-eastern corner, and the eatern wing near the rear wings of houses that constitute the western front of Malé (Small) Square.

The palace area further includes three smaller yards and a corner garden. The external and internal monumental look of the palace dates from the second and third decades of the 18th century and further reconstructions in the late 18th and early 19th centuries. 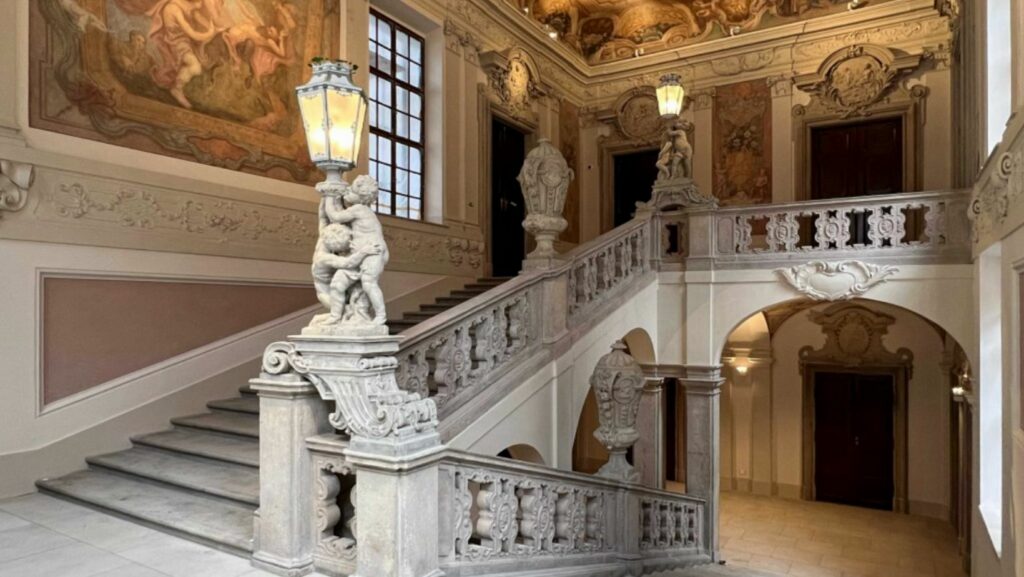 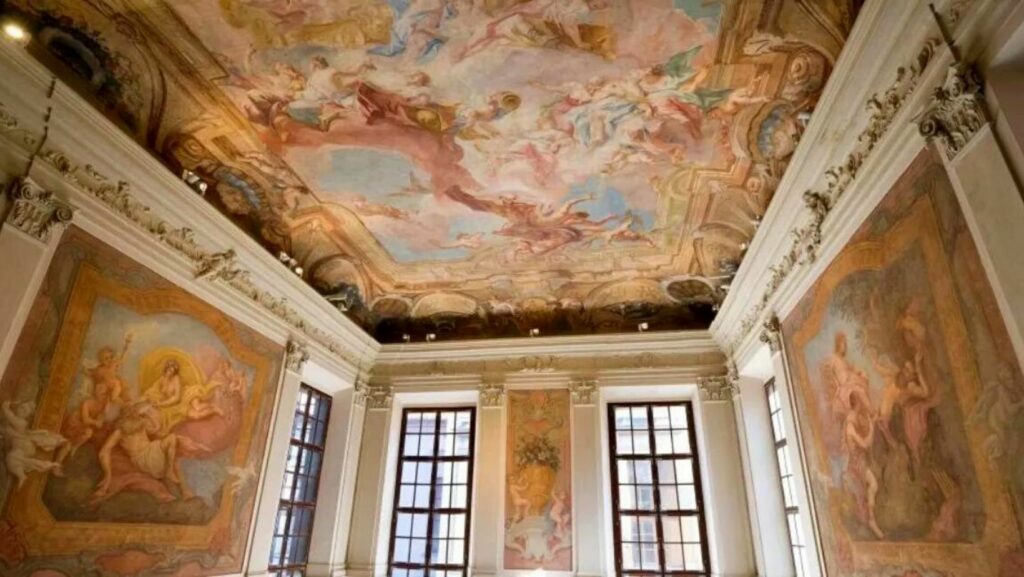