The winners of the trophy were presented by the representatives of Prague Airport and Prague 6 during a regular meeting of the airport representatives with the mayors of the surrounding municipalities and city districts.

The contest, aimed at motivating air carriers to use more modern and quieter aircraft to operate their routes from and to Prague, evaluates, alongside noise level parameters of aircraft upon arrival or departure, flight track adherence and aircraft seat capacity use, i.e. load factor.

Long-term, Prague Airport has been active in the environmental protection field, seeking, based on regular discussions with representatives of its surrounding areas, solutions for contended co-existence. The contest has become one of the efficient tools for achieving their common goal.

Prague Airport has been active in the field of environmental protection and, based on regular discussions with representatives of the surrounding localities, is trying to find solutions for a happy coexistence. This competition is one of the useful tools leading to a common goal. 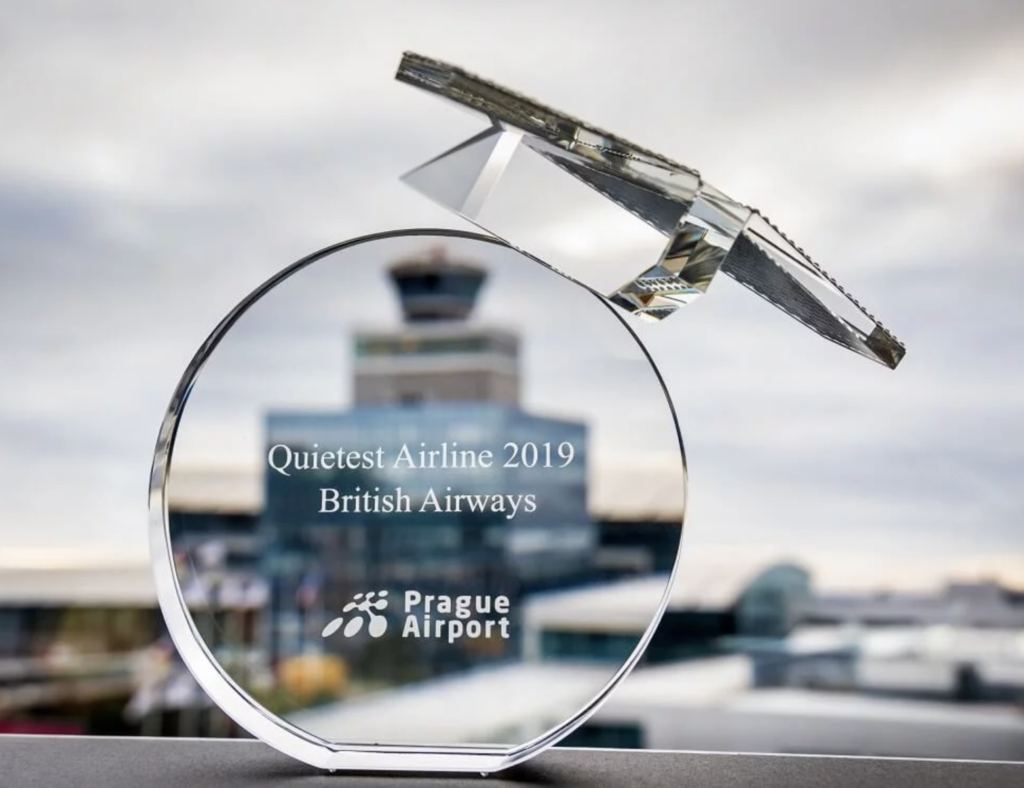 The competition is held annually during the period when air traffic at Prague Airport is the most intense (from 1 May to 31 October.) A sophisticated noise monitoring system is used to evaluate airline companies. It continuously measures air traffic noise and records the routes of all flights. It includes 14 stationary and one mobile measuring stations placed at selected locations in the airport’s vicinity to ensure sufficient information value of the measurements.

“Noise issues are fundamental to us, as they have a direct impact on people living around the airport. Therefore, we continuously take effective measures to reduce noise pollution. The Quietest Airline contest intends to encourage airlines to use modern and environmentally friendly machines and to appreciate those who contribute most to noise reduction,” says Václav Řehoř, Chairman of the Board of Directors of Prague Airport.

“Since 2015, we have reduced our aircraft noise by 10% per flight. We want to reach 13% by 2020 through different ways, including investing in new and quieter aircraft with less fuel consumption. Specifically, the aircraft Airbus A320 neo, A350, Boeing 787 Dreamliner and 777-9, which we will use on our long or medium-haul routes. We will make modifications to existing aircraft to reduce their noise footprint,” commented Andy Kershaw, British Airways Environment Manager.

In the 14th year of the competition, ten airlines who flown this year to Václav Havel Airport Prague the most competed for the title of Quietest Airline in 2019. These are Aeroflot, British Airways, Czech Airlines, EasyJet, KLM Royal Dutch Airlines, LOT Polish Airlines, Lufthansa, Ryanair, Smartwings and Vueling Airlines.

Detailed rules of the Quietest Airline competition, as well as information on noise measurement at Václav Havel Airport Prague, are available on the airport website, in the Environment section.