The crown jewels of the Kingdom of Bohemia are to be displayed to the public from January 17 to 21, 2023.

(update: Due to the huge amount of public interest, Prague Castle has extended the exhibition until next Tuesday)

On the occasion of the 30th anniversary of the Czech statehood, the Bohemian Crown Jewels will be displayed to the public.

The crown jewels will be on display in the transept of Saint Vitus Cathedral. The skull of Saint Wenceslas, the patron saint of the Czech nation, will be displayed in the Saint Wenceslas Chapel within the cathedral.

The set of Crown Jewels consists of the St. Wenceslas Crown including a casket and cushion, the Royal Sceptre and its casket, the Royal Apple and its casket, the Coronation Cloak and other pieces of attire: a belt, a maniple (an ornamental band worn on the left arm by the celebrant of the Eucharist), a stole and ermine collar. In the Middle Ages, the items also included a ring, golden bracelets and a crystal vessel for holy oil.

The value of the Bohemian Crown Jewels can in no way be expressed in terms of money. Apart from possessing priceless historic value, they have also become a rare symbol of Czech statehood.

Visitors will be allowed to take photos. 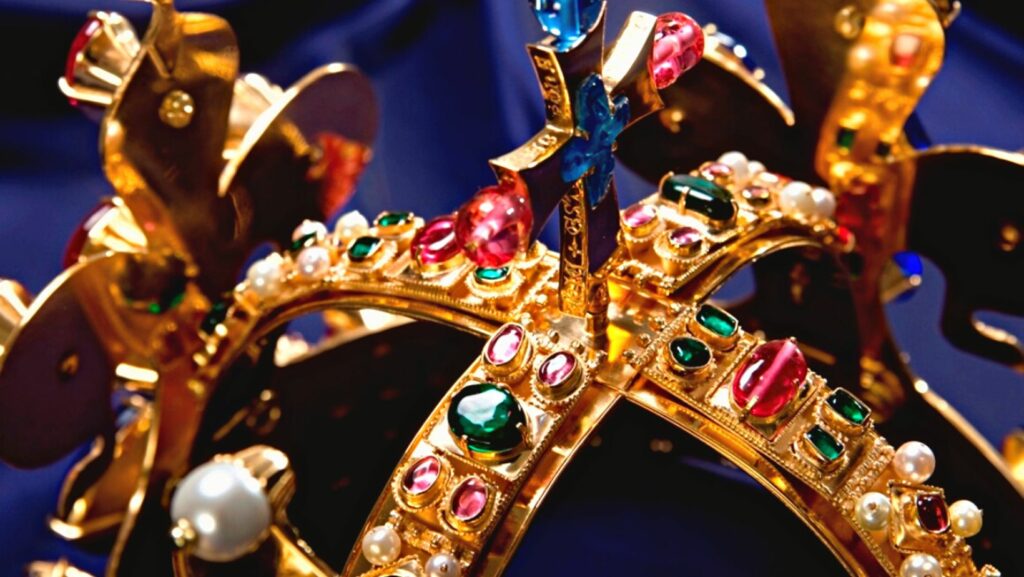 The last time they were shown to the public was in January 2018, the year that marked the 100th anniversary of the founding of Czechoslovakia.

The Crown Jewels chamber in St. Vitus Cathedral is under lock and key, and without exaggerating it is the place least accessible at Prague Castle.

The door, and likewise the iron safe, has seven locks and there are seven holders of the keys: the President of the Republic, the Prime Minister, the Prague Archbishop, the Chairman of the House of Deputies, the Chairman of the Senate, the Dean of the Metropolitan Chapter of St. Vitus Cathedral and the Lord Mayor of Prague, who must all convene to facilitate opening of the impenetrable door and coffer.

The tradition of the seven keys was established in 1791 by King Leopold II when he agreed to comply with the wish of the Czech Estates to return the jewels to Prague from Vienna. 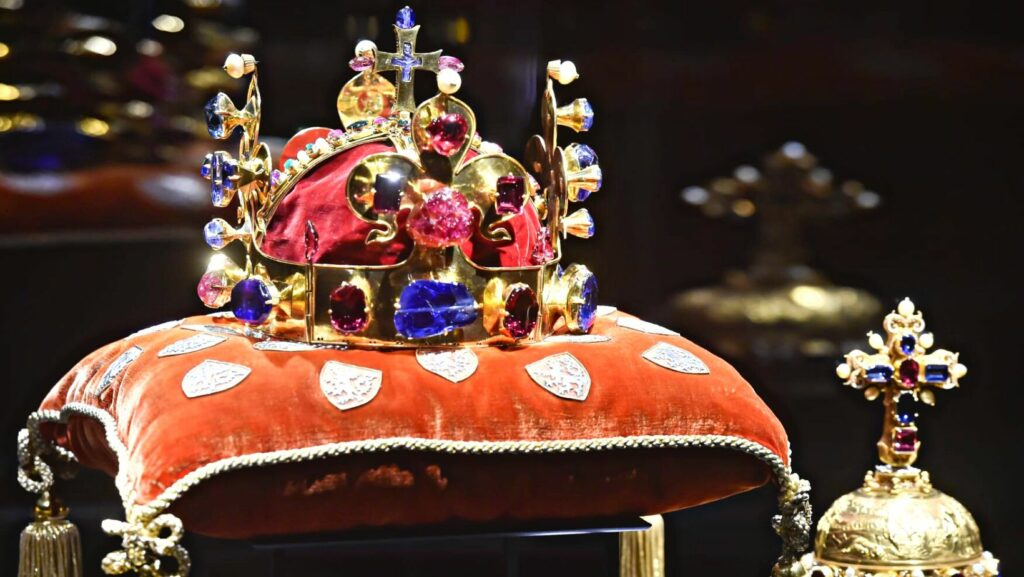 They were put safely into St. Vitus Cathedral at Prague Castle, this time in the crown archives beyond the St. Wenceslas Chapel behind iron bars with five locks.

They were placed in a special chest with additional two locks, the two keys to which were given to two guards of the jewels. Even though the jewels were later moved to another location, the tradition of the seven keys has been maintained.