Korean cuisine is not well known in the Czech Republic, but it deserves to be explored. With three locations around Prague, Bab Ryze offers a great cross-section of Korean dishes that are worth trying.

Bab Ryze Restaurant is totally authentic, staffed by Koreans who clearly have a positive relationship with food.

Everything I tried was very tasty, and without compromising Czech flavors.

I placed my order through Dáme jídlo and the courier arrived as planned. The food was packaged well, nothing leaked, and the trick with the portions wrapped in foil ensured that the dishes were really hot. 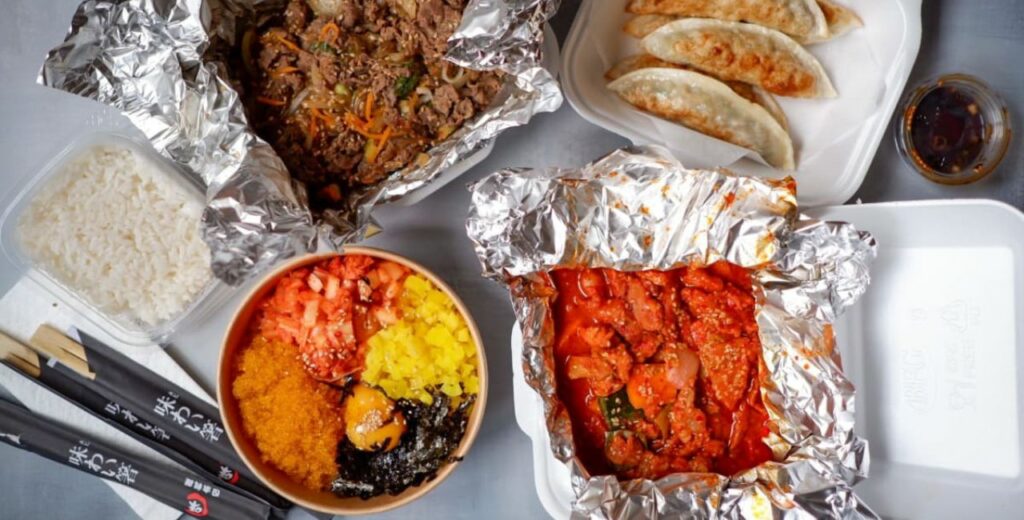 But let’s get back to Korean gastronomy itself. You’ll find influences from other Asian countries, so there’s no shortage of fried dumplings for example on the appetizer menu.

The Gun-mandu dumplings stuffed with mushrooms and leeks were pleasantly crispy, very well seasoned, and accompanied by a dipping sauce (6 pieces for 119 CZK).

I wanted to taste as many dishes as possible, so I ordered 3 dishes from the main menu. In Korea, rice bowls topped with various vegetables, meat, and egg yolk are very popular. I opted for a slightly unconventional version without meat. 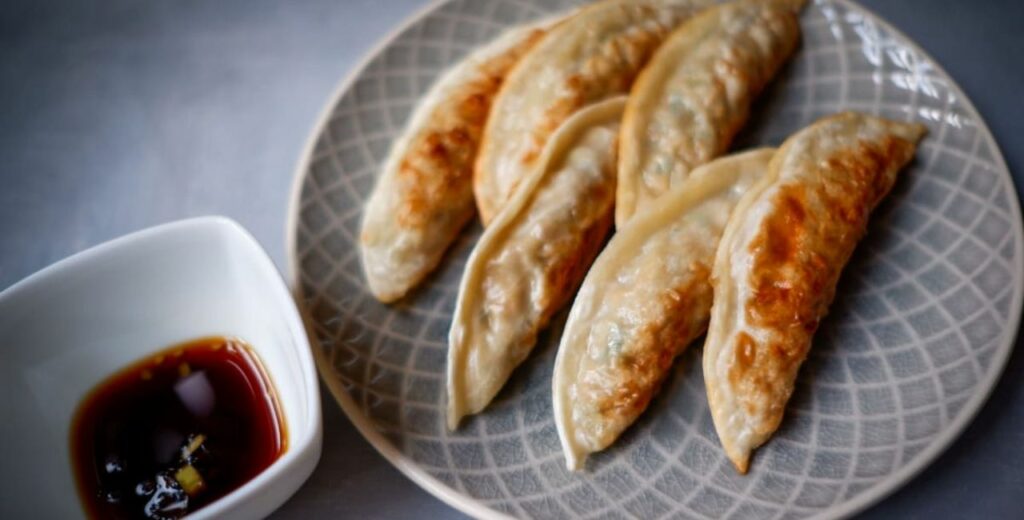 A cold dish that’s great for hot days, you’ll appreciate it if you like the distinct taste of kimchi and fermented vegetables. I liked it a lot, and all the flavors worked beautifully together.

The kimchi itself is a fermented Chinese cabbage salad with chili. It’s an absolute staple of Korean cuisine, and at Bab Ryze, you can buy it not only as a side dish, but also to take home in half-pound or one-pound packages. 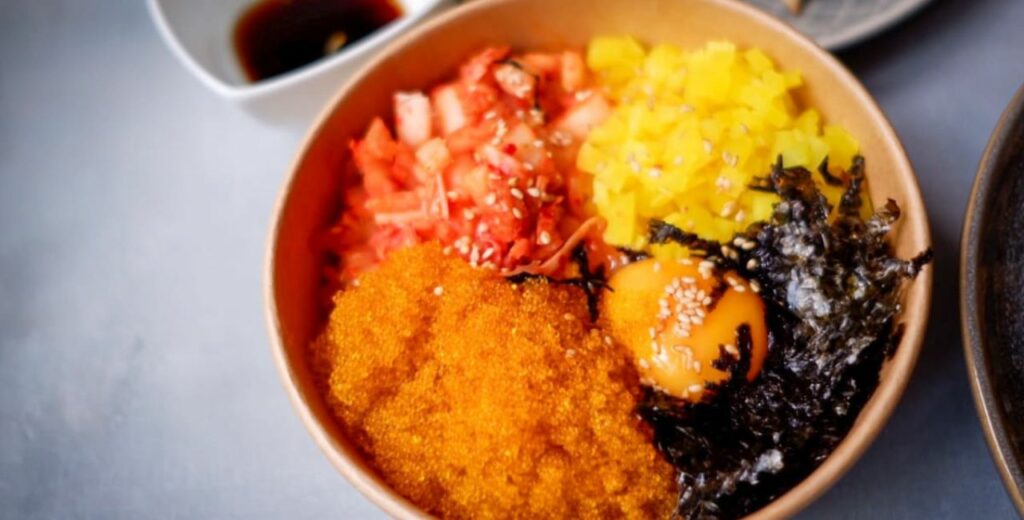 From the hot main courses, I tasted the Jjagle-i (269 CZK), which is pork stewed in a spicy sauce with rice. Don’t let the sharp red color fool you, this dish is not nearly as spicy as it looks.

In Korea, dishes are seasoned with gochugaru chili spice, which has a very rich color but tolerable spiciness. This dish also features fermented gochujang chili paste, which adds a nice smoky flavor. 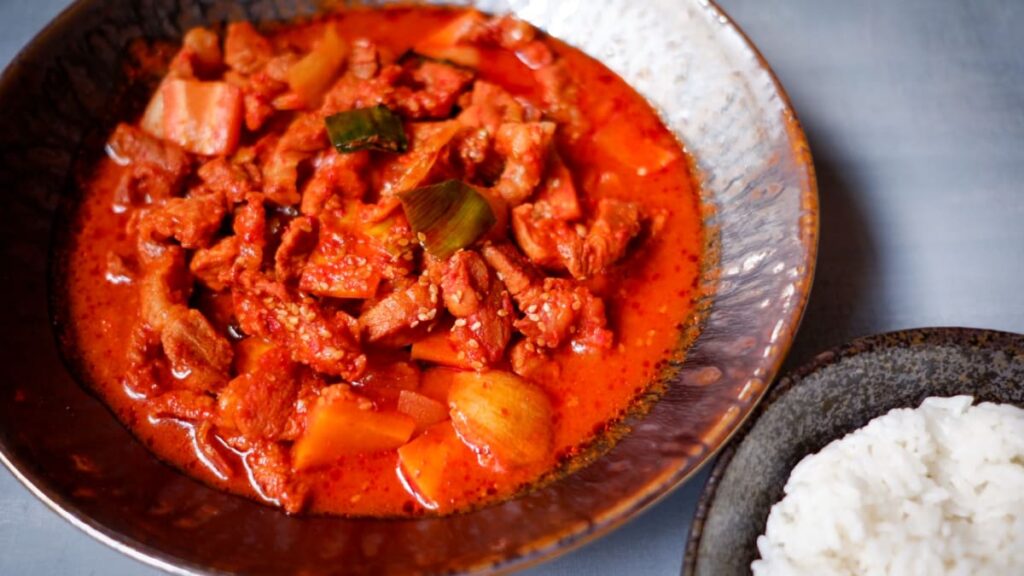 Of course, I also had to order another typical Korean dish – Ttuk-bae-gi Bulgogi (269 CZK). Chunks of beef in a slightly sweet sauce with onions, carrots, and glass noodles made of sweet potatoes are also served with a bowl of rice. This dish was not spicy and very nicely seasoned.

I was generally surprised by the portion sizes – there was plenty of it and for a home test feast it was perfect, there’s enough for everyone. 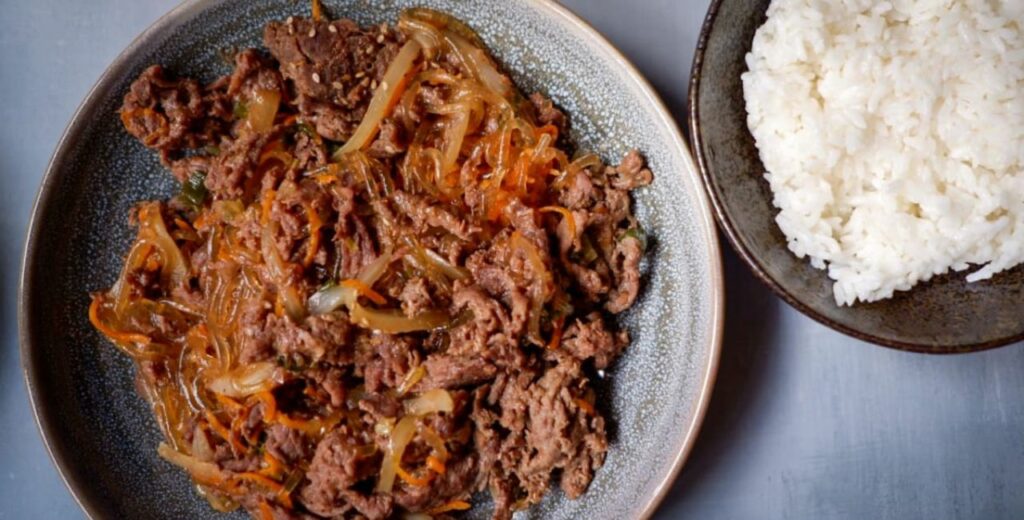 I know this is just the beginning for me, Korean cuisine is interesting and there is still a lot to taste,
but I was excited about this “preview”!

I can definitely recommend going on a gastro trip to Korea, which you can do at home in your dining room thanks to Bab Ryze and Dáme jídlo!

Share via: Shortly after 4:00 p.m. on Sunday, November 27, the famed lamplighter of Prague will once again light…