Tomáš Garrigue Masaryk had led the country from its independence in 1918 for the next seventeen years, and is known as “Father of the Nation”.

In early 1915, after the outbreak of World War I, Masaryk made his way to western Europe, where he was recognized as the representative of the underground Czech liberation movement and conducted a vigorous campaign against Austria-Hungary and Germany.

Heading the government-in-exile, he gathered Western support for Czechoslovakia. His colleague Eduard Beneš also greatly contributed to the cause as did Slovak scholar and astronomer Milan Rastislav Štefánik. During a trip to the USA, Masaryk carried out negotiations with President Woodrow Wilson and Secretary of State Robert Lansing and convinced them of the need for Czechoslovak independence.

On June 3, 1918, Czechoslovakia was recognized as an Allied power, and its frontiers were demarcated according to Masaryk’s outline. As Masaryk had promised, the new multinational state respected the minority rights of its large German and Hungarian ethnic groups.

The Lansing Declaration of May 1918 expressed the sympathy of the U.S. government with the Czechoslovak freedom movement, and Czechoslovakia’s liberation became one of Wilson’s Fourteen Points for the post-World War I peace settlement.

Charles I accepted Wilson’s declaration on 28th of October 1918 with this day being the day of the founding of Czechoslovakia. The cease-fire was signed in  Compiègne on 11th of November 1918 bringing an end to World War I.

That same day, Emperor Charles I signed an abdication document and immediately left the Schönbrunn Château in Vienna, definitively bringing an end to Austria-Hungary.

Tomáš Garrigue Masaryk was elected President of independent Czechoslovakia on 14th of November 1918. 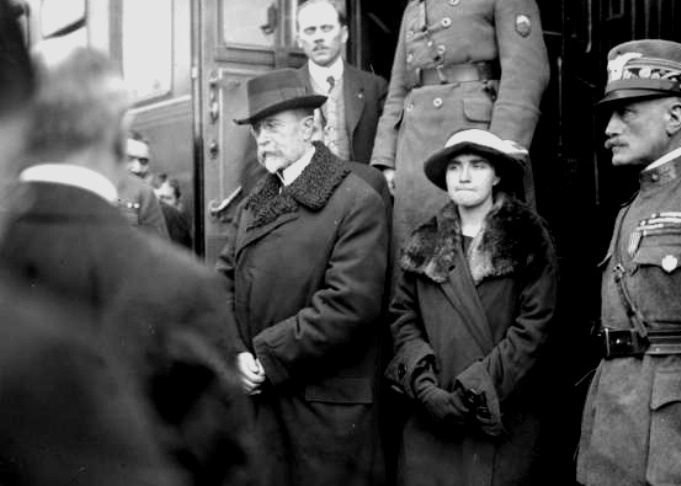