New Year’s Fireworks in Prague? It Will Happen!

A hundred-year-old weather column, on the corner of Buzulucká Street and Vítězné náměstí in Dejvice, has been restored. It is one of the few surviving columns in Prague.

There were over fifty of them all over the Czech Republic. Another one is located on the pavement next to the Masaryk Railway Station.

One has also been in the Hadovka Dejvice park for several years, and after an agreement with the authorities it was installed there a few years ago by architect Jan Trejbal. Before that, he bought it for 1200 CZK, where the technical monument originally stood.

Meteorological columns have been produced since the second half of the 19th century, and at the beginning of the 20th century the setting in villages, larger villages, and towns became the fashion. The columns were used for weather forecasting plus showing time.

After World War II, the advent of more modern technologies halted the development of these weather stations. Eventually, most of them gradually deteriorated and in many places had them removed completely. 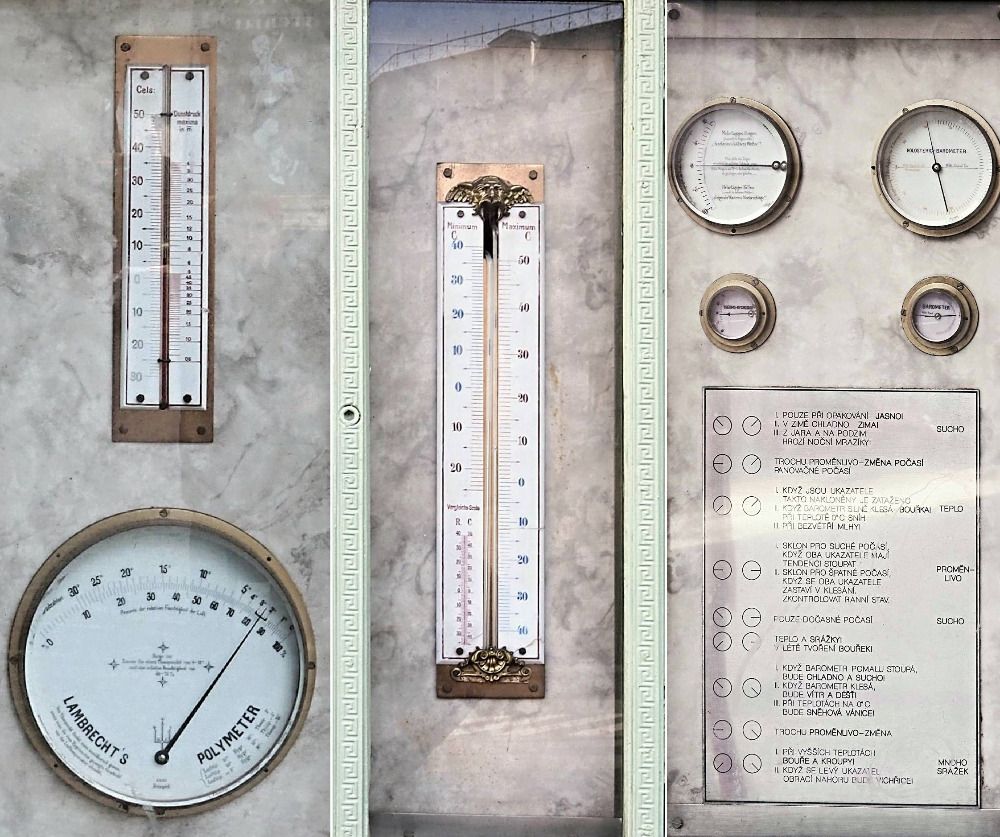 A 1914 technical monument remains on the outskirts of Kulaťák, but in a dysfunctional state. Some time ago, the Czech National Trust (CNT)—a non-profit organization—decided to save this meteorological column in Dejvice.

The reconstruction project was sponsored by Penta Real Estate and the Prague 6 City District. The artificial stone was cleaned and repaired. The locksmiths created new metal parts and the column was fitted with replicas of metrological instruments. On the corner of Buzulucka and Vítězné náměstí, people can learn temperature, humidity or air pressure.

“In the next phase, it will be fitted with an electronic display, which will provide additional supplementary data on both the columns and current air measurements from the Meteorological Institute, such as air pollution. It will complement the data provided by analogue devices,” said Jakub Stárek (ODS), Deputy Mayor of Prague 6.

The renewed post welcomes the revitalization of the area as a suitable revival. One may also find it interesting to compare traditional and modern technologies in the field of meteorology. The city district will take over the post in agreement with the CNT. The district had already painted it with antigraffiti paint from their resources.

“We considered installing touch screens with some practical applications on it, such as in the Town Hall building, but we abandoned the intention. [However], the place is not so busy,” added the deputy mayor.